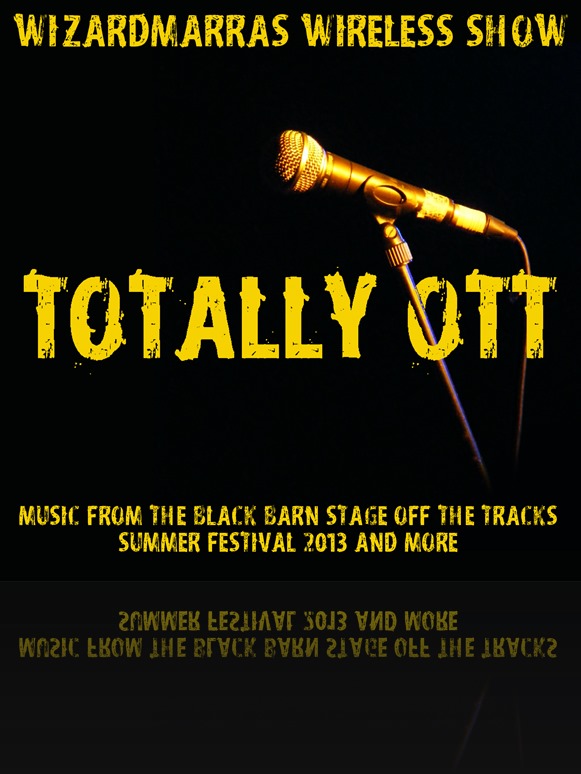 MuHa – Let’s Talk About The Weather

Wizardmarra – Song Of The Ganges

5 Days Of November – Breaking In The Middle

The Fallows – Cast The First Stone

The Po Boys – (couldn’t quite catch the title)

Wizardmarra – Sailing In The Mellow Fruitfulness Of Autumn

Some festivals need to keep a constant process of re invention on a yearly basis, most need to have regular change to keep things fresh, few remain unchanged over the years without losing support. Audiences are fickle, they need surprises and new delights. Festivals are like any other branch of showbiz, you are only as good as your last gig.

Last year Off The Tracks inaugurated The Black Barn Stage at the Summer festival and in this it’s second year (The barn is the real ale bar at the Spring festival) Boz and Andy gave me a truly excellent line up that was second to none, second stage it may be, second rate it certainly is not. 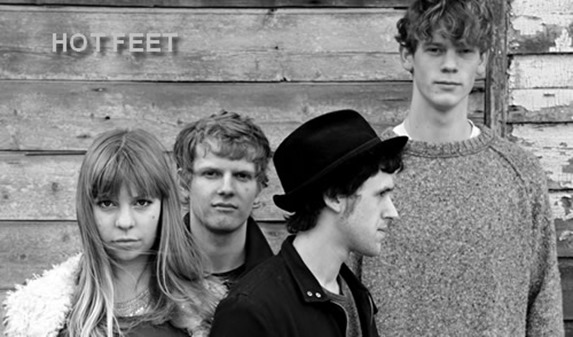 The podcast features all the acts on the stage with one or two exceptions, who are Inta Africa, as it was a workshop. Sangat who have no recorded work at all, which is a shame as the beautiful meditative quality of their Tabla and Sitar playing would be wonderful right now at Wizardmarra towers. 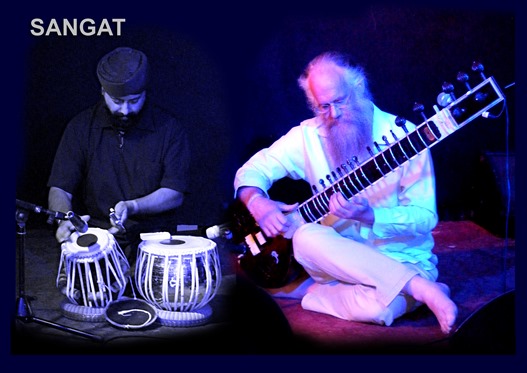 Incidentally if you put Sangat into Google you’ll find a few musicians, none of whom are the ones who appeared at OTT. Finally Swamptrash didn’t get on it as life has just got in the way of me seeking something out there on the web.

Well the first track is only related to OTT by the fact it’s by someone who has appeared there in the past.

Releases his new album “Chase the Night” this coming Monday 23rd September and “London” is from that and features Danny Thompson on Double Bass. I need not repeat how much of a fan of Sean I am and any reason to play his music is good enough for me. 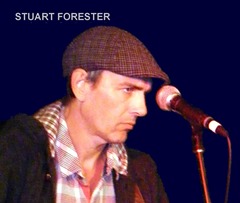 Again is someone who has featured heavily on the Wireless Show and I’ll promise this will have to be the last time or I’ll play the entire Yard of Ale CD and then you won’t go and buy a copy of this masterpiece,

Simply, good music and wonderful singing. When I first heard “Wood House” as Marianne Parrish’s voice rose above the nicest introduction riff I got a kind of feeling that I can only describe as a “Sandy Denny shiver” Not that she sounds like her (Marianne’s voice reminds me more of Emma Heath – Davies of Emma and The Professor, now there’s a duet I’d pay more than a quid to hear) just the whole feeling of the piece. Wonderful.

MuHa are a perfect example of the eclectic musical policy of OTT, reminding me of Mishaped Pearls a couple of years ago. Iryna Muha and Dmitry Fedotov (Latvian Rock Legend no less) present a fusion of Baltic, Indian, Western and more. The recorded work doesn’t I feel do the live band justice as Dmitrys improvisations lift this music into another place.

In some ways genre defying and the only thing in my head that makes sense is Mediaeval Celtic Prog Rock, certainly a keyboard the size and weight that was carried on stage by a red faced and perspiring musician isn’t the kind of thing you see in a folk band. Magic stuff though, the track here “Green Loch” I love and reminds me at times of Ennio Morriconi.

No surprise that 5 Days of November have featured on BBC Introducing, billed in the programme (if I recall it correctly) as a bit punk, I was reminded more of very early Deep Purple and Uriah Heep, I mean very early before Heavy Metal meant anything other than steel, lead, and a good price at the scrappy. These lads enjoy playing a guitar solo or two too much to be punk and the resulting music is bloody great.

A second OTT appearance for The Fallows and the crowd loved them as they set the bar for the Saturday night. Sounding (perhaps some would say too much) a little Mumford in places The Fallows are more than that, like good hunter gatherers they find sounds and bring them to their own visions. That’s why there’s a flavour of the Levellers  and a hint of the hallowed festival favourites 3 Daft Monkeys. The bottom line is that the crowd had huge grins and were bouncing around a lot.

God, this was good, reggae and jit=jive by Jon Lewis and Jah-Man Aggrey. Though the thing that sticks in my mind is after their set and they were packing away the gear, Jon picked up a tiny cymbal and asked Jah-Man if it was his. “Yes” was the reply, “I bought it seven years ago and I’ve never played it once.” “So why do you carry it around with you.” “Because if I don’t it won’t be there for the time I really need it.”

Fronted by Lil Jim Doughty this was the single most exciting set I’ve seen since Pikey Beatz first set on the Drystone stage at Solfest. They had only formed 3 weeks prior to the festival and had one full band rehearsal the night before. Off course Jim and the guys have all got form and years of experience so it’s not like it’s a miracle. But bloody hell these lads rock, and it’s easy to see why Chris Hall (the Go To guy for Cajun music in Britain) says of him that “He’s the future of Cajun music.” to which sentiment I totally concur. The quality of the track here is not brilliant, it was recorded on my Fuji camera but though it’s not the best it’s a little piece of live and exclusive. Interestingly I was talking to Andy Watson and asking him if the was a proper name for the washboard type instrument that along with accordion is de rigeour for Zydeco music, seems it’s usually just called a wash/scrub or rub board though in Creole it’s a Fratois. Opening unknown links to my own beloved Frattling Board!

Thanks once more to Boz and Andy for the gig, and John Atkin Rock Dog!!?