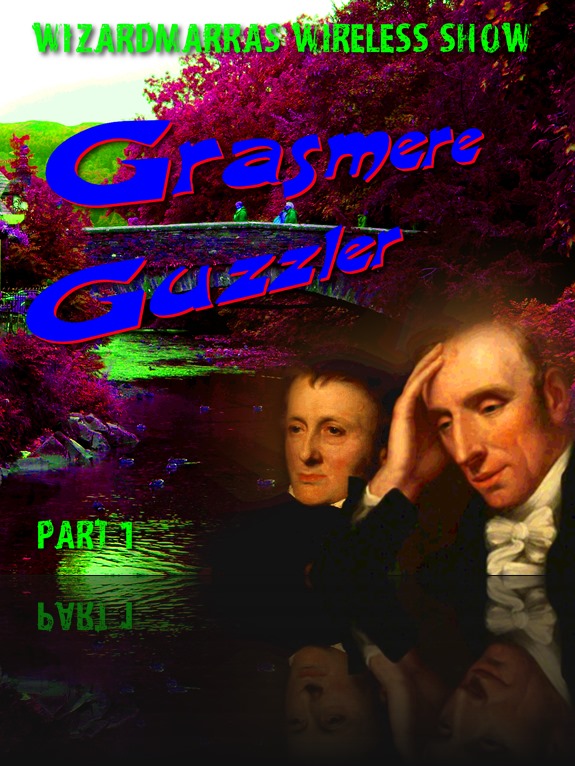 THE GRASMERE GUZZLER PART ONE

As usual a click onto the highlighted names will take you to the websites of the featured artistes, apologies for a missing title or two where this occurs it’s because there was no accompanying information with the CDs that I was most generously given.

Roomful Of Mirrors – Picking Apart You

It’s been a brilliant year for me, I’ve worked at some cracking festivals Stainsby, Off The Tracks and others all bathed in groundcracking sunshine. Statistically there had to be a wet one and The Grasmere Guzzler was it, but nonetheless it was by far and wide the best and most enjoyable one for me.

Set in the beer garden of Tweedies Bar at the Dale Lodge Hotel it took place in a U shaped arrangement of marquees, sadly the central part of the U open to the elements prevented a full mosh pit developing though importantly it did cover the bar on which a line of sixty (count ‘em) sixty real ales where arrayed and it’s tribute to the success of the event that all barrels of these ales had been drained by the Saturday night, that’s over FOUR THOUSAND pints of beer. Sadly the Naylors Velvet was the only beer left standing outside by Sunday Lunchtime and I can only wonder as to why this particular ale was somehow undrinkable compared to the rest.

Huge thanks, big ups and love to Jack Hartley and Alex Goodall for the work they put in  organizing this small and perfectly formed event and giving me the best job in the world as Master Of Ceremonies, completing the team was Mike Fearon on the sound desk and for me working with him put the icing on the cake or should I say gingerbread.

It was special too in that it was on my home turf, a mere eight miles from Windermere and you could say my first homecoming gig.

Best of all though was the music and here’s a bit about the acts on this part one of two podcasts.

JACK BROADBENT opened the weekend and so too on the podcast and what a knockout this guy is a great voice, mean as a demon on guitar and harmonica. watching him play slide with his acoustic guitar on his lap and hip flask speeding up and down the frets is a delight to watch. Go visit his website, click on the link to i tunes and BUY HIS CD! You’ll not regret it. 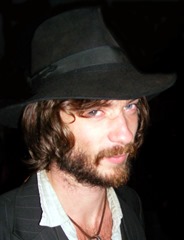 ROB HERON AND THE TEAPAD ORCHESTRA  Not wishing to repeat myself you can read about Rob  and “The Pads” in my earlier blog http://www.wizardmarra.com/and-another-what-are-they-doing-now/ but I do need to say a word or two about their live set, electric is the first word that springs to mind as you watch these guys onstage who clearly enjoy what they do possibly helped in some small way by the bottle of JD that gets passed around the stage as the set progressed (and thank you indeed Rob for the share for it with your humble MC afterwards, very nice indeed.) it’s always good to see how someone you’ve known awhile progresses up the ladder of the business we call show and I must confess I felt something akin to paternal pride for Rob when I recalled I gave him his first festival gig on the Drystone Stage at Solfest (whatever happened to that BTW).

SAD EYED PUFFINS At the time of writing I hope I remember to re record the intro on the podcast as I’ve credited them as Sad Eyed Penguins, whatever though this four piece with the seabird nomenclature are a wonderful dictionary definition of growing old disgracefully they opened with a track called “Meow Meow” 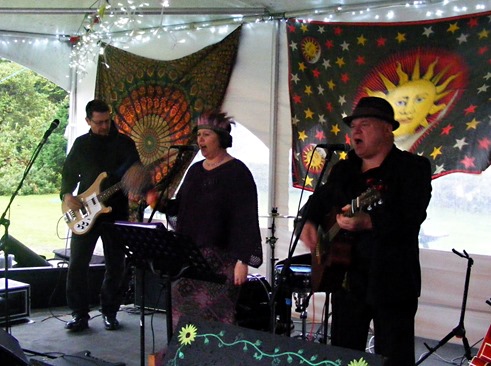 and no it wasn’t anything to do with pussycats which set the bar for a fabulously entertaining set. The Band are regulars on The Furness peninsular and South Lakeland music scene and I thoroughly recommend you going to see them. Big ups to the drummer too who sharp as a razor gave a perfectly timed Ba dum CHING! at the punch line of a gag when I introduced them.

CHUCK FISH No need to repeat the low puns made on his name over the weekend just so I can get a cheap gag in plaice, cod knows I made the poor guy suffer on the weekend it’s a wonder he didn’t shoot me off my perch and tell me to get on my pike, 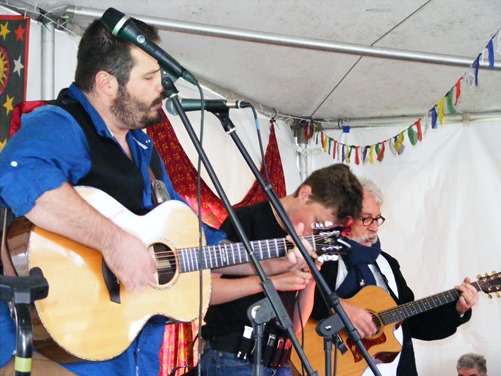 Seriously, originally from Washington in the USA, he now lives in the USA though this time it’s the Uther Side of Arnside and his brand of Americana sits well over here, a really likeable band and played a tight crowd pleasing set. Also a mystery was solved, you see during the previous two acts sets  a stranger got on stage unannounced. A young lad who then proceeded to perform various acts of god on blues harmonica. Who was this mystery harmonica guy? He was with Chucks band and his name was George and he would give Will Pound, Lee Osker and Charley Musselwhite a run for their money and they would be the ones that needed a head start!

MOLLY WARBURTON AND THE SHADY DAYS Sometimes all you can say is that here is someone with a gorgeous voice singing fantastic songs, she doesn’t just sing sweet melodic stuff like the video below taken from her set at Kendal Calling shows. She can rock with the best of them, very much a crowd pleaser on the weekend was Molly.

OLIVIA FERN Late of The Indian Postal Service and also appeared over the weekend as part of Little Island Olivia is another beautiful singer and like I’ve said before you can tell the calibre and quality of a musician by the number of people that want to work with them. She had the audience at Tweedies entranced with some well crafted songs. One to watch. 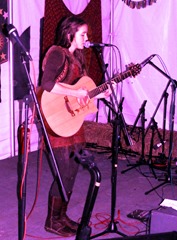 HANDBRAKE SHIRLEY fronted by Wayne Scurrah one of Amblesides finest whose previous band The Indian Postal Service, which can be heard on these two previous podcasts

As mentioned above The Postal service featured Olivia Fern and also Mike Fearon, a new line up for Handbrake Shirley but the tunes are just as good, the one one on this podcast Holly Molly Maggie is taken from the EP Live at the Turtlefarm and is a great showcase of them as a live band, full of energy rolling guitar based music and cracking lyrics. again another band that regularly plays in the South Lakes and well worth an evening of your time

ROOM FULL OF MIRRORS Well what can I say about this phenomenal band? Versatile is one word, exciting another. You can’t quite pin down the sound they make, it’s as if you threw all your favourite styles into a huge mixer pressed the go button and reveled in the outcome. Dawn Fosters vocals have a wonderful light quality and compliment and contrast well with Paul Harrisons gutsier voice. The track here “Picking Apart You” is not necessarily the most representative of their songs, but with the two part album “Where The Hell Did That Come From” to choose from it’s not easy to find any that are, this is not a failing as all the music is amazing.

I also got the best laugh I’ve had for ages when someone came up and asked if I was Paul Harrisons Dad!!!