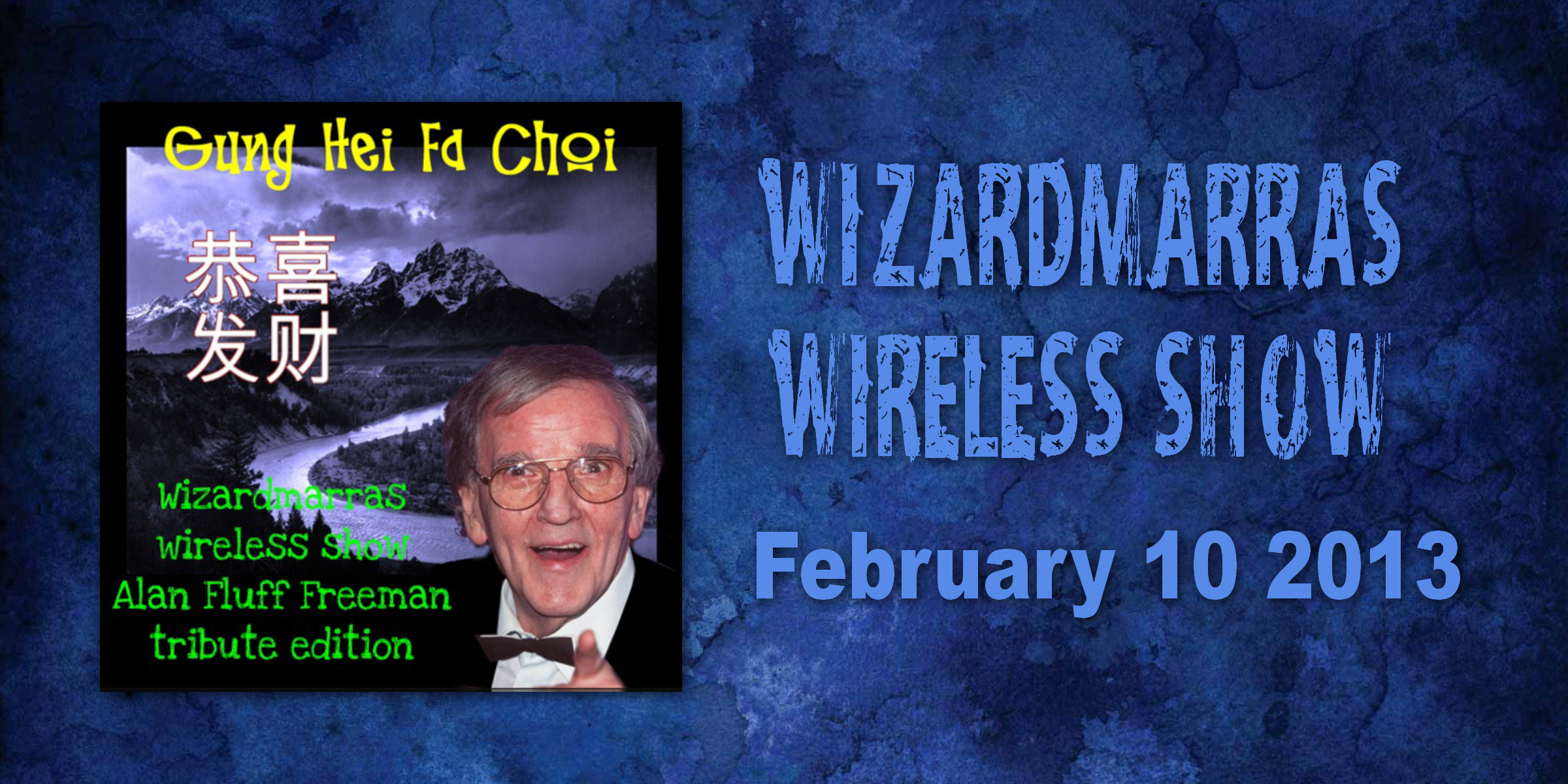 I decided it was time for a small change and so the podcast is no longer Wizardmarras Drystone Wireless Show merely Wizardmarras Wireless Show. I thought it was high time I ditched the Drystone altogether, no use hanging on to past glories that no longer have any relevance to the here and now. This also marks the first podcast episode and the first blog that can be accessed directly from wizardmarra.com, they’ll still be available from podmatic and blogger for the time being but in a month or two when any bugs that may surface have been ironed by my webcrafter  (that’s the new wizardmarra word for Laurence of ISO|dais…

“Who art thou? Speak or my sword will sing in this dark night and taste thy blood.”

“Fear not, I am Laurence of Isodias, a webcrafter. I know of webs and their crafting, of all things webbish and webbable.”

“Thou speaketh of spiders and creepy things.”

“Nay my Lord, I speak of the Great Web of the World Spider that surroundeth the globe like a vast net of knowledge that you can dip into and find the TRUTH.”

“Canst thou catch this intonet in a jar?”

“Yes! But it has to be a bloody great big jar.”

“it is in my head, but maybe Argos will have one too.”

…who has done such a fantastic job on the site for me.)

Hopefully the music will be just as good as any before and I do think I have one or exceptional tracks here on the first podcast of 2013. As usual all the yellow words are direct links to the artists websites or Facebook.

As it’s the Chinese New Year it’s big Gung Hei Fa Choi for the Year of the Snake as depicted on the cover by Ansel Adams wonderful picture of the Snake River in Wyoming.

The tribute to the late Fluff is for no other reason than for the happy hours listening to his shows over the years and it has to be said he’s an old revered DJ that hasn’t been embroiled in a scandal of late. *see caveat at the bottom of the page

Lets Be Ourselves – Jack Hartley

‘Til It Shines – Bonnie McCallum and Jim McNeillie

Pain in Truth – The Proudbone Project

A Night Out – Jay Betts

Power Of a View – Wille & The Bandits

Of course topping and tailing the whole thing are the “Pick Of The Pops” theme “At The Sound Of The Swingin’ Cymbal” by Brass Incorporated and the incredible “Theme One” by George Martin.

The majority of the tracks on this one are all unsolicited demos sent through the mails and are just a small sample of what comes through, though there are some gems here. Please, please, please check out the artists websites by following the highlighted links and get your card out and buy their stuff. Even better go and see them live they’ll all be gigging at festys and elsewhere, then buy the CD off them then. If you have anything that you want bringing to the wider world send me mp3s and it could be in the next episode.

Of the other tracks Jack Hartley is of course one of The Righteous Bees the track here is him on his own though I think I can hear Louise Martin somewhere in the background. But it’s always a pleasure to hear Jacks distinctive vocals and he certainly knows how to pick a guitar. The Proudbone Project is Mike Proud bassist for the Cumbrian band Mazzoni Proudbone is his solo outlet and is full of a wonderful eclectic mix of music from this talented lad from Whitehaven (token patronizing comment in the style of a local newspaper). Mike also ran the fantastic Woodland Glade Stage at Nuts In May last year.Bold Erin from Larsa featuring Jack Karl Badcock on vocals is simply a piece of pure traditional folk music done exceptionally well, I had the great pleasure of introducing them onstage at Off The Tracks (Not too long before their full Spring festival line up is announced)in September and hope that it’ll not be too long before I can do so again. Stooshie are a Cumbrian four piece who are rapidly gaining an enviable reputation, listening to Leaving Gower it’s easy to see why. Biggles Wartime Band and Wille and The Bandits are two other acts from Septembers Off The tracks and as was Larsa featured on my last podcast.

Finally a word about Jay Betts, and a warning. It features swearie words. Now I don’t like rap, absolutely hate it in fact but there’s something about Jay that turns it on its head and makes something brilliant happen. it could be the humour, the cracking sonic fabulousness of the music or his unadulterated northern voice telling a story that seems to have a bit more relevance to the real world and not pretending to live in the “hood”. Whatever it is I love it, more power to you Jay my good man.

The closing track by Elaine Davidson is in memory of her husband Dave who after a long and hard fight with heart problems sadly died last October. I only just heard and this is first chance I’ve had to remember him here. Dave was part of the Drystone team in the early days, a great sound engineer, superb cook and someone who selflessly put himself out for me when perhaps he shouldn’t have (as detailed in my blog post from September 2006, SOLFEST 2006 – THE EVENT). Wherever you are Dave, keep on rocking.

*Caveat to the Alan Freeman paragraph.

The late Alan “Fluff” Freeman was in life discretely bi and as far as I know never did anything untoward. Though as I now do a final check on the net it seems he is linked to rumours concerning Mr Now Then Now Then Nasty Nasty Nasty though the internet sources that I have seen concerning this are not the most credible and witch hunts do tend to happen when something as terrible as the Saville case comes to light. If it all comes out in the wash that he was on the wrong side of things, I wholeheartedly apologize now and I’ll remove and re-edit the podcast accordingly.