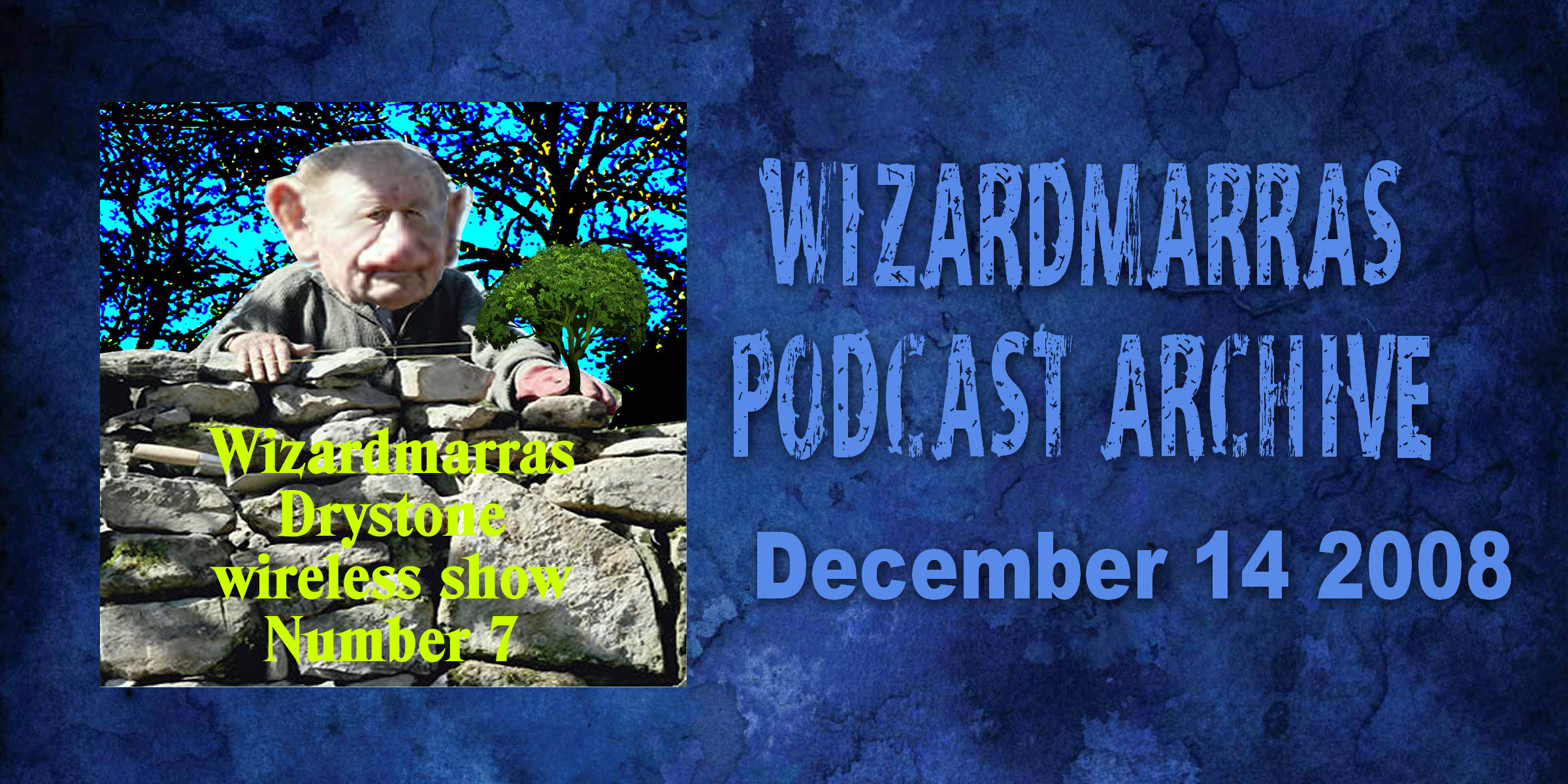 There’s fella with a BIG NOSE on it!

Well my friends far too long has gone by since I last posted one of these, so I have decided that straight after this podcast I’m going to sort another straight away in the manner of a CHRISTMAS CLIP SHOW. That is put the best tracks from all my previous casts in one BIG BUMPER CHRISTMAS NUMBER with some cleverly crafted new linking material.

But enough of that for we’ve just got a NEW one up and lets get right down to telling all about the fantastic array of musical talent within it.

One more thing first. If your’e here looking for SOLFEST NEWS of which I intend this blog to be my personal channel of information to you, check out the entry just before this one or wait until next week for my delayed information on 2009 TICKETS PRICES and more.

OK! Let me make it clear first that most of the acts featured on this podcast are from the piles of submissions already winging there way to me. I’ve haven’t picked up post bag yet from the Solfest PO Box yet, but I know that is going to be a FULL SACK. No thse acts on the podcast have not nesacerily got themselves a slot on the Drystone Stage, but I’m not saying that haven’t either, only time will tell (although some are!!!) There are also one or two who have been on the Drystone or Solfest before. Right that’s the disclaimer over with and the first band up is…

LIFE ON THE BORDER

Jai Larkin sent me this via the demo upload page of my website which is cheaper than sending it through the post from Australia where this band hails from and what a fantastic track it is with Jai blasting out like Mark Chadwick but only for a few seconds as it’s son clear that these are no Levellers rip off. They their own sound and a confidence that only comes with experience Jai himself having performed with Bob Geldof, Liam O’Moonlai, Tim Finn and Andy White. For a band that have only been together for two years these chalked up an impressive 180 gigs and travelled 10 Australian festivals this year. Visit their MySpace for more stuff, it’s worth it.

Another band that used the demo upload are

“Hailing from the Midlands The Amateurs owe their humble beginnings to performing as a backing band for Robert Plant’s (Led Zeppelin) ‘Tsunami Relief’ project, playing a string of shows and raising thousands for charity. As winners of the Kerrang! Radio best unsigned song competition 2007 & Festibull 2008, they have been led onto some excellent live shows; including support slots with cage the elephant, guillemots, & Jack Savoretti, a host of shows around the UK, and a standout performance at 2008’s Guilfest. Performing live sets on local and national radio stations has secured them regular airplay. With the advent of their new EP (set for release in January), and the latest addition to Jagermusic, The Amateurs supply the listeners with 3 new catchy Indie pop classics to be enjoyed by all.. “

I wish I could remember who they remind me off. I should really stop comparing these different bands to others, but in this case it stops me from really getting into what is a beautifully crafted track. Again though visit their MySpace there is also a free download of their live version of “Homesick” to be had at 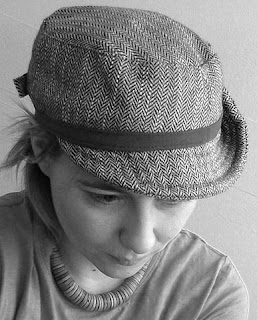 Emma is a poet of exception from West Cumbria (not Barrow as I say on the podcast) who performed accompanied by Sue Wickwar in The ALHAMBRA marquee at this years Solfest and she sent me the tracks for the podcast before Solfest and it is to my shame that I haven’t used them before. OPAL BLUE is as joyous expression of life and love that you could wish for and later on it the cast THE SCARY THING is uncompromising, unsettling and thought provoking and all the more wonderful because of it.

I can’t anything about Rob that I’ve not already said on previous blog entries. Young, good looked and talented. It makes you sick sometimes. 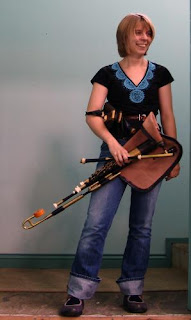 Another member of the emerging music scene in Cumbria the present time Kirk McElhinney has so many irons in the fire it’s hard to keep up as a solo artist and collaborator. Here is teams up with Becky Taylor who came to my notice when a CD of hers and this solo track where given to me by a good friend who’d promised to pass them on. The fact that she’d forgottent to do so for two years not withstanding I still got them and I just LOVE this track, Becky is doing things with a set of Uillean Pipes that are HOT! Sit back and enjoy it.

While you are whizzing about the internet checking these links out be sure to go to one of Kirks other projects.

I had booked Straydogs to perform on the Drystone this year but unforeseen circumstances prevented the guys from coming, so I have just slid the gig along year. So there you have it, the name of the first act announced to perform at Solfest 2009 are STRAYDOGS. That’s as long as they still available of course.

The Duplets are Fraya Thomsen and Gillian Fleetwood and have been playing together for sometime now. They are taking Scottish traditional music into some very new and exiting pastures indeed. As their album “Tree Of Strings” from which this track is taken shows. “The Green Set” is made up of the tunes “Chloe’s Passion, The Up Downie and The Triangle.” and to be honest I could have played anything from the album as they all sound equally good. I strongly advise you to visit their website and hear more from them. Check out to the extra video here too which is a lot of fun on top of sounding great. You’ll all be doing the dance!

Like The Duplets this was a CD that came through the post and was a delight to hear. It’s always exciting to get the submissions through the door and I want each one to be special. Sometimes it’s not everything it should be, sometimes it’s a real disappointment and sometimes the band just doesn’t do it for me the music is great but not really my cup of tea. Not so with this one, it’s loads of fun and blasts you out of a bleak mood in an instant (it did me) getting you dancing around the kitchen.

A bit different this one. Hailing from Melton Mowbray this slice of jazz/funk urban …
…sod the definitions this is good stuff featuring the lead vocals of Tori Maries just sit back and enjoy

Another one that came through the door and has rarely left the CD player (it’s either been this one or The Duplets) and another one where I could have put anytrack on the podcast. “Falling From The saddle Of A High Horse” is great album and possibly has the best title of any I’ve received over the years.

To quote Paul Carrea in Nightshift issue 152
‘Imagine a band that look like a bunch of old-fashioned tinkers, who play skiffle banjo, mandolin and brushed drums with a masterful depth of dark gothic and celtic soul, but are mercifully devoid of any carousing Irish accents… Peanut Albinos, in soft, battered, slept-in suits and hats, have an English take on longing, regret and coming to terms with consequences, all while making you think you are in a late night lock-in with Tom Waits on the Kilburn High Road.’

I could also quote what was said on www.unpeeled.net
‘No peanuts, no albinos. Lying bastards. Dead good though.’
All things considered a bloody good band.

AGENTS OF JANE
www.myspace.com/agentsofjane
BIG HAT
MONANS DANCE
SHETLAND BRAE
AGENTS OF JANE played for us at the Solfest Stewards party. The bash with free beer and nibbles that we throw for all those who give us their help over Solfest weekend and beyond and these guys aquited themselves well. The first two tracks are on for a bit of nonsense but are featured along with “Shetland Brae” on the album “Karaoke Boy” Good stuff indeed.

EMMA McGORDON AND SUE WICKWAR
THE SCARY THING
See above

It gets a bit monotonous trying to think of superlatives and something original and constructive about all these bands. But I’m not going to put something out on the podcast that I don’t like (nor indeed on The Drystone) so what do I say about

Basically this is my mate Ted Chapman. Ted is someone who has provide entertainment at various late night sessions at festivals I’ve been to this year, notably Stainsby and is a regular at the open mic sessions that I run at Wheaton Aston festival. You may have caught him lurking in the ALHAMBRA marquee at Solfest this year. The Cactus Room is his other hat where he takes the rythym he discovered for a walk. It’s called Diddley Reggae being a fusion of the famous Bo Diddley rythym and of course reggae. He’s asked me to encourage anybody to use it, go on give it a go. They can’t touch you for it.

Finally as usual, one of mine called Big Groove. I’m a hell of a one for snappy titles as you can see, I’m not saying the tracks brilliant. But it’s mine.

See you soon. It’s Sunday afternoon and I’m off to retire in front of a roaring fire and enjoy some movies with a nice glass of Guinness.