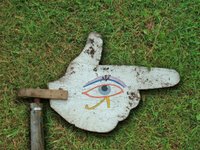 It was cold and wet and so began a day that was the complete antithesis of yesterday.

Karen left early and the sound of fencers rang in the field.

It was wet.
It got wetter.
And wetter

More stuff arrived.
Cumber Chris, another part of the team has arrived, up from Banbury, back home. 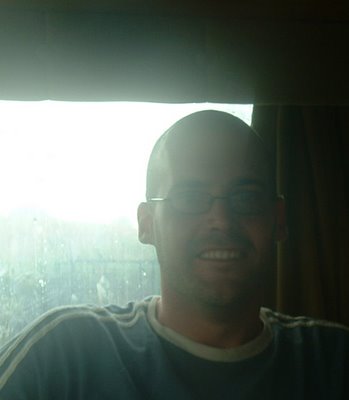 I go offsite briefly for a bath and dry clothes, answer emails and do tasks that must be done some off which I never thought I would have to do.

Back onsite, as it got even wetter. Well it’s clearing itself out before Solfest, and the field needs that rain, the grass was starting to burn. But emergency action had to be taken to get the Chill Outs soft furnishings into dry storage, and The Wicker Queens had to be covered from the deluge.
Wilson delivers a tree, virtually an entire tree that had been felled and sliced for seating and tables and art.
The fence goes up, toilets are plumbed.

I am alone in an exceedingly wet field gazing upon a landscape from the pages of a Günter Grass novel. 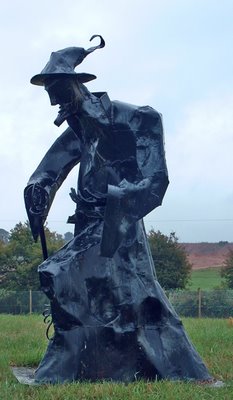 Not me, a wonderful sculpture made by Adam and later his Extremely Big Guitar is brought onsite.

I am alone and wet again.

With no idea when I’m going home.

A Romany, resplendent in his headscarf and waistcoat begins to play a plaintive song.

I’m Billy no mates me.

Owen and Danny had arrived and started to put his yurt up, though they gave up after an hour and a half as it was too wet and Owen (who had made the yurt himself) but was not yet familiar enough to do the task easily. But they were there when Simon returned with an entire pack of Boy Scouts to assemble the workshop tent, so they helped them.

Ben and Trina, who also just arrived, now that Simon was there I could GO HOME, whisked me away home.

I had to write this and other final bits and pieces so they would be done, dusted, and ticked off so I could entirely concentrate on site work.

Only when Karen got back, she’s finally finished work and she’s now on holiday until after I’ve done my Bunkfest gig the week after Solfest.
http://www.bunkfest.co.uk/
Wine is called for…

…and because of that it’s now You Stupid Idiot O’clock in the morning and I’m off to get some tobacco from Top Bouchs before I get a bit of kip. It’s busy weekend ahead of us all. 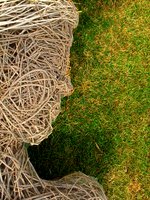