First of all huge congratulations to EMMA GILLESPIE or as I should  correctly say EMMA’S IMAGINATION who has won through to the finals of “Must Be The Music” on Sky1 and will be singing live next Sunday at Wembley against the other finalist/s the group THE PICTURES. Biased as I am I am bound to say that Emma is hands down and head above shoulders in an overwhelming winning yoga position. Unbiased, I would still say that as her song “This Day” is a masterpiece and a winning song anyway. If you don’t believe me check out the i Tunes download chart and you will see it’s currently at number five. 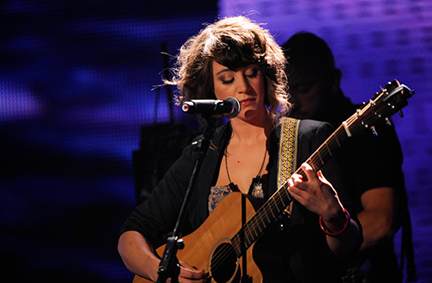 When you download it remember that 100% of the net profits go to Emma herself and not into Sky’s coffers.

As a nice little addendum to the story, I am a honoured and delighted to say that the song “This Day” received it’s premiere performance at The Spinners Arms earlier this year the day after she wrote it.

She is truly an incredibly talented and beautiful performer and deserves every ounce of success she gets and it was a great 45 minutes or so for me to sit and watch her on The Drystone last week, fronted by a wall full of kids. 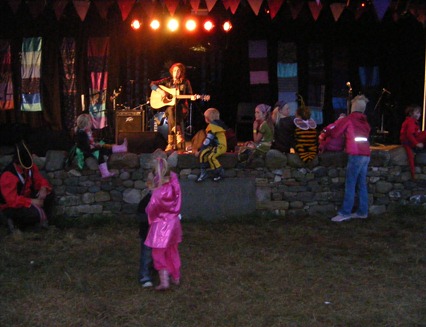 So on to a review of sorts of some of the best moments for me at Solfest 2010.

And by cracky what a good one it was too, an exceptional event and this year the weather was our best friend.

It was hard work leading up to it for several reasons not in the least spending the previous four months suffering from a mystery infection (which I now know to be “prostatitis” a severe infection of the prostate, and it’s likely to be another four months before it’s sorted out) but this enforced me to let go of the reins and sit back while my fantastic and capable crew did the lions share of the work.

I discovered something quite wonderful because of this as for the first time in six years I was actually able to relax, sit back and enjoy entire sets by the acts I’d booked. I saw The Drystone Stage through the audiences eyes for the first time and was quite amazed by the magic that is created before your eyes on the stage. My goodness it’s wonderful, how did that happen as I’m sure it’s got nothing to do with me; though I can’t express in words how proud I am to be a part of it.

OK, so who rocked my boat this year other than Emma and everybody else.

FRIDAY. Jonny and Lucy followed Rob Heron and The T Pad Orchestra and set me up for  a good night to begin with before an act that I’ve been waiting to see gave a standout set. I speak of course of SEAN TAYLOR. Sometimes I’ll book an act knowing full well that this is a standout performer who is going to go a long way and then be totally knocked out by the set they give as it transcends any expectation I may have had. I like sets like that, to know I truly am in the presence of greatness. That’s how it was with Sean on the Friday, a fact underlined by the large crowd sitting down and just listening. Quality, quality, quality.

Later that night the incredible INDIAN POSTAL SERVICE did exactly what I thought and pulled a blinding set out of the hat. I can pick up all manner of influences/tones in their music, recalling sixties psychadelia, R’n’B, to eighties agit folk/rock. Damn fine tunes though and a set that makes me think they’ll be back on the Drystone very soon.

Anyhow it’s late now and I’m beginning to feel a little crappy so to bed I shall away.