Will Ritson (1808–1890) was born at Row Foot and grew up as any farmboy, learning as he would the ways of work, nature and the landscape. Always loving a good tale he became known for his elaborate lies, but it was not until he became the landlord of the Wastwater Hotel (now called the Wasdale Head Inn, (some accounts say The Huntsmans Inn)) did his fame begin to spread when all and sundry made the journey to Wasdale to hear “The Biggest Liar In The World.” Luminaries such as Wordsworth and De Quincey would first get stoned out of their END_OF_DOCUMENT_TOKEN_TO_BE_REPLACED 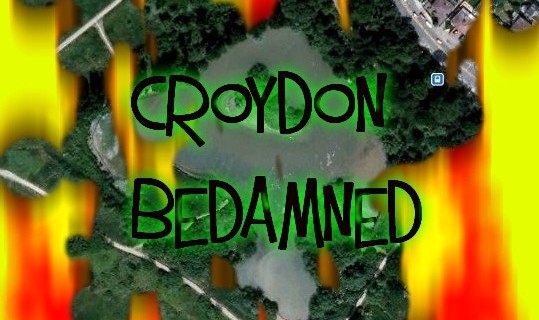 This whole thing about Croydon has got my dander up! In as OCD manner as I could possibly muster I did a Google Earth on these lakes as I was in a mood to get seriously medieval on their sorry asses. article in the gutter press here As Wizardmarra, holder of the ancient title passed as a sacred gift down the misted forests and endless hotel corridors of time from one to another since the days that King Coel himself called for his pipe, his bowl and his Fiddlers Three. The Original Wizardmarra was the warm up act. I uphold END_OF_DOCUMENT_TOKEN_TO_BE_REPLACED