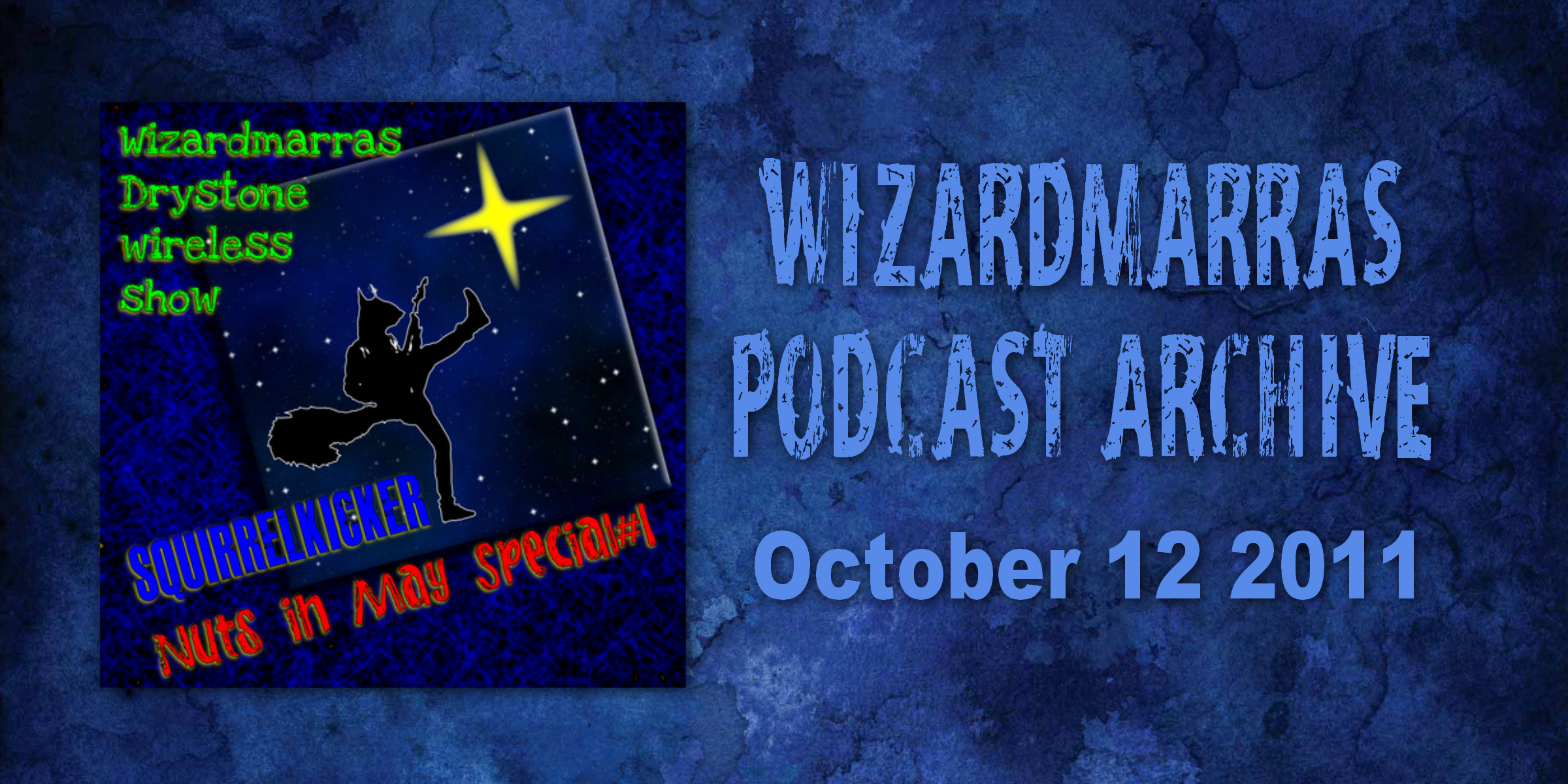 OK, Here it is the first NUTS IN MAY SPECIAL podcast. Not every track on it is by someone appearing at the festival but I’ll tell you here who they are and in every subsequent podcast there will be more as they are announced. By the time the next one goes up the website for the festival will be fully up and running and not the “holding page” that you’ll see at present.

Anyhow, here’s the running order for the current podcast…

FREE BEER – PICK UP THE PIECES

NEVERLAND – STONED AS A WALL

THE WISHING WELL – LIFE ON THE BORDER

ZOO SONG FROM MIKE LIEGHS “NUTS IN MAY”

As it’s early days yet bookings for the festival aren’t yet at full roster so to speak so this podcast features those who are definitely coming and first on the podcast are the sublime MISHAPED PEARLS who I’ve written at some length about on a previous blog (A CRACKING COUPLE OF FESTIVALS) so it would be silly to repeat myself other than saying that this group are simply wonderful.

COLD STONE JIVE is the new venture from Will Taylor who’s questionable tunes I’ve featured before. Will writes really funny songs that are so near the knuckle the actually cut into the bone and draw blood. If you are a fan of Tim Minchin or Stephen Lynch then you’ll understand what Wills work is all about. If not, you may be offended. Don’t be just put your worries aside and laugh your socks off on the way to eternal damnation. Will is of course too part of THE DISH OF CHEESE along with The Mighty Tree, Phil Dance, Elton Herzegovina and myself.

FREE BEER are a group of extremely talented musicians who are also part of The Lancashire Youth Jazz Orchestra and are as tight a musical unit as you can ever hope to find. The track here the Average White Bands “Pick Up The Pieces” isn’t the best recording as its taken from a YouTube clip of them playing live at The Gregson in Lancaster, but to see them live is a far more rewarding experience than this track suggests.

WALSH & POUND Dan Walsh the Banjo playing half of the duo is another who I’ve spoken of before after his brilliant set at Solfest in 2010 and the excellent night he gave at The Spinners earlier this year and although this track is just Dan playing solo here at NUTS IN MAY hell be with the equally talented Will Pound who is as good a Harmonica player as Dan is on the Banjo and their set at NUTS IN MAY will be very special indeed.

EVIE PLUMB from the Windermere (my hometown) area of South Cumbria and is just sixteen has already been featured on one of the BBC Introducing stage when they held the BIG WEEKEND in Carlisle earlier this year. Here’s what presenter Ally McCrae had to say about her

“I welcomed to the stage an immensely talented 16-year-old girl called Evie Plumb who, with her opening lines silenced the entire room. She sang and played the keys with a confidence that I definitely lacked when I was 16. Her tracks were down the Katie Melua route of pop and the crowd were hooked. The way she captivated and held the attention of the audience was something to be admired – especially when the beer was so cheap.”

The track here is another taken from a YouTube download and was made for her audition for The Pizza Express Big Audition with Jamie Cullum.

That’s it for NUTS IN MAY bookings for now, more to come soon I can assure you.

Of the other tracks there are one or two of special note The Boat Bands “Cumberland Reel” taken from the album “A Trip To The Lakes” and it’s just sums up the whole jollity that is gathering your nuts about you in the springtime. Following this is “Thomas Builder” from The Polyjesters a Canadian band who I saw in Mawbray village hall about five years ago and have tried since to get them booked for the Drystone, unfortunately they where always in Canada at that time of year. I love their lighthearted easy jazz sound and I’ve been meaning to put them on the podcast for ages but the CD had been hiding forever.

Achisa and Les Negresses Vertes are both two CDs that I got from I don’t know  where in ages past, I think one was a cover mounted freebie on some world music magazine and one probably a charity shop job. The Malarchy and Junction Pool pieces are from my bottomless supply of submitted CDs for Drystone gigs (get them sent in for a chance to play on the Jack In The Green Stage) and both nearly got on, though Junction Pool I suggested that they’d do better on mainstage as at the time it came in The Drystone was a tiny babe, not the behemoth of latter years and the band has a huge number of personnel.

It says what is at the top!

Jai Larkin sent me this via the demo upload page of my website which is cheaper than sending it through the post from Australia where this band hails from and what a fantastic track it is with Jai blasting out like Mark Chadwick  of but only for a few seconds as it’s soon clear that these are no Levellers rip off. They  have their own sound and a confidence that only comes with experience Jai himself having performed with Bob Geldof, Liam O’Moonlai, Tim Finn and Andy White. For a band that have only been together for two years these chalked up an impressive 180 gigs and travelled 10 Australian festivals this year. Visit their MySpace for more stuff, it’s worth it.

Jenny McCormick was one of the first acts ever to play the Drystone and I would have given her a return booking this year and I’m certainly going to be getting in touch regarding Nuts In May as I will with Delta Maid.

Which brings me finally to Neverland, my mate Boz who puts together Off The Tracks plays percussion for them and they are someone else who I’ll be speaking to, for quality Folk/Rock you can’t do much better.