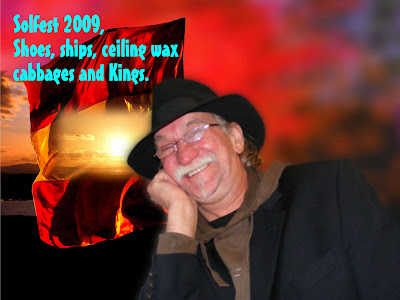 Or to be precise anybody, anybody who chances upon the blog or has somehow found their way here by intent.

Heres an announcement. A gentle word so you can say that we did tell you.

As of yesterday evening 11th November 2008 Simon Kay stepped down as Chairman of Solfest after five years in the post. Simon has said from the start that he would do the job for five years and then review it. He did and said it was time move on.

Should Simon wish to make further public comment it is entirely his business.

Following this Dave Camlin was duly elected Chairman and myself Alan Whittaker was elected as Vice Chairman. There were six nominees for Chairman, Myself, Alec Pyne, Gerard Irving, Alwyn Branniff and Dave Camlin. Further discussion led to two candidates up for election to be elected by secret ballot. The result Dave Elected chair and me Vice. (How appropriate) I don’t know the split of the vote.

I am honoured to be elected Vice Chairman of Solfest and I believe Dave and I can really work together to keep Solfest moving forwards as the wonder filled event it has become (remember the LED Cyclists!!!) but also so we can get back on track and reconnect with some aspects of Solfests heart. Important things that we are perhaps in danger of losing if we aren’t careful.

We have a lot to learn from this last years festival, mistakes made need addressing.

Publicly too I take pride in thanking Simon for what he has contributed to Solfest over the years and I look forward to watching his plans for this year blossom. For he has not left the committee but will be developing some exciting stuff for..

… here quietly is the first announcement of the date.

I need your feedback and thoughts so I’ve set up a dedicated email.

I’ll not gaurentee a prompt response, nor indeed will I gaurentee a response. But I will read them and take on board what is said. I’ll immediately trash any that I feel are frankly RUBBISH. But stuff that is sensibly put forward will be taken on board.

I’ll not put up with anything offensive to me or any other committee member.

But I do have a sincere desire to make SOLFEST VI the culmanation of the MAGICAL ASPECTS of last years festival but dealing also with the stuff the made it BAD IN SO MANY WAYS. Bringing that friendly atmosphere back, that feeling Solfest had of a rootsy festival like they had in the seventies, we have to keep that in sight.

So I’ll read and listen to the good stuff. The Wise Stuff. But I’ll not promise reply to all.

We have two new committee members too in Matt Kirk (who sang as Che Guevara on Mainstage) and Ben Durkin (Compere about town and more) both strong team members over the years who have now taken that plunge to running things with us.

Matt and I intend to really open your eyes with some incredible SITE ART!!!

We have a festival to put on. 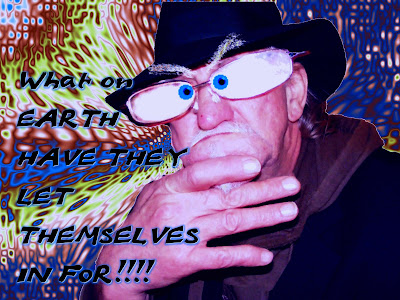