Yes I know, I’ve been away for too long.

But let me tell you something The Harry Lauder Hospice for Tired Old Farts has been a bloody great trip, more importantly it got me clear of more crap than Keef Richards ever put his nose…More crap than Captain Nose Of The Nose People of Planet Nose…More even than Louis Walsh could ever pour festering into your brain cells by administering liquid doses of psycho quiffed Irish shitola twins.

But importantly I’ve got a BIG announcement. I’ll be back doing what I love to do. Meeting you guys and playing little music with my sweet baby Rosetta at NUTS IN MAY FESTIVAL which is being held near my main man Wizardmarras demesne in Workington, Cumbria.

I’m also recording a new album which look a bit like this. 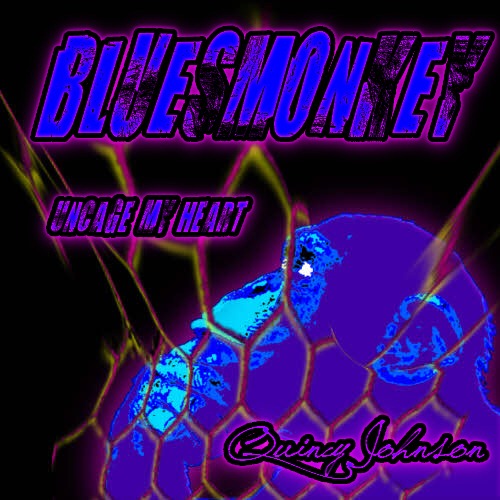 It also strikes me that the last time I told my story of how I got to be the iconic legend of British Blues that  am, it was on a now defunct website for the aforementioned Wizard Man and has since flown into the dark depths of the no longer accessible parts of the worldwide web where everything is coded, nothing is deleted but no one knows nor cares is there anymore.

So here it is again, retold.

I was taken from the jungle when I was very small. Don’t ask me which one, I can’t tell you. I don’t know if it was Africa, South America, Thailand or India. To me it was “Du du du ndaaa gli’ which was seven month old monkey talk for “place that lot green with Mummy and spiders.”

Then came many years of “Eeeeeeee!!!!” which means “Really scary cage in monkey hell with pointys.”

At some point during that time I had installed by “NNNNN!!!” or “No Hair Monkey with white floppy skin with pockets and writy things” something amazing, It was squarish and it had pictures inside it. i know now it was a telly and I loved it. Through that I learnt to talk and everything. I only found out later after I got out…

(and I will never tell you how that happened, there are some good people out there that I owe a lot to…               …I speak the truth when I say that they could still die, in very mysterious circumstances if certain people knew their names. So I’m keeping sthum.)

…that there are lots of channels, for some reason I only got given Channel 4, but there was a time when they had some damn good music on their and I saw a show on Robert Johnson and they had people like Muddy Water and Sonny Terry and Brownie McGhee on it.

I got the Blues real bad.

When I got out I found the people making the music, had my first harmonica lesson with Long John Baldry and Cyril Davies bought me my first harp and I started making music.

Soon I had a name on the circuit people would say “Who is that damn fine little hairy kid playing that harp?” and they’d say back “Soulhairy!”

So I thought “man that’s a shit name, I need something better than that so I took inspiration from my TV watching days and took the surname of my hero and mentor Robert Johnson and for my first name (I won’t say Christian as I’ve never been a great churchgoer, the only religious place I ever been was with a Nun one night in Padstow.) For my first name Quincy, I went to my other great hero, the greatest medical examiner and amateur detective ever played by the master Mr Jack Klugman.

I called myself Quincy Johnson “bluesmonkey” Shit I was proud of my ape roots and no one was going to call me a hairy.

That’s it for now. Next time I’ll tell about how I got together with Mick Bethnall, Mick Green, Big Mick, and Micky Thompson, and how my life truly began.

Loads of of the squidgy stuff.