It is the most futile phrase. Don’t get me wrong; when my mind is made up, my heart is set.

For six years Karen has wanted me back at Solfest, after two years she resigned herself to the fact that I wasn’t going and suffered missing me onsite over Solfest weekend While I at home in a dreadfully empty lonely house, sucked it up and filled my mind with telly and video games to hide my anger.

For six years my beloved friend Helen relentlessly told me of the hard work and love going into the site, of how I was missed and told me I should be there. But that’s the thing tell me to do something and it makes me more resolute and I… will… not… do… it!

Six months ago I could not have countenanced being driven past the site never mind sitting front of The Drystone Stage enjoying the music, the sun, and my Grandchildren dancing.

Magic. It has to be, the magic of the cosmos drawing together the elements to converge and make it so.

First, Ben Parkinson called me. He’d been offered management of the Drystone Stage and wanted my thoughts and perhaps my blessing too. I gladly gave it, Ben has the touch needed as his work at Up Front Gallery and Theatre shows. So I felt I it owed to him to take up his offer of a visit backstage. But at this point I was still full of bile, buckets of the stuff.

Next, Helen has been trying desperately hard to make the traders and healers area something beautiful and I knew it would mean a lot to her.

Always too, knowing that Karen would be over the proverbial moon.

The clincher was working with the Melodrome at Eden. They are the nicest group of time travelling theatricals you could ever hope to meet. The stage itself is remarkable and the audiences discerning and wise. I had had such a delightful time working with them and I felt bad, as at their visit to Solfest last year they were grieving the loss of Chas Ambler, The Melodromes creator. At the time I really wanted to be with them, but the damned baggage wouldn’t allow it. 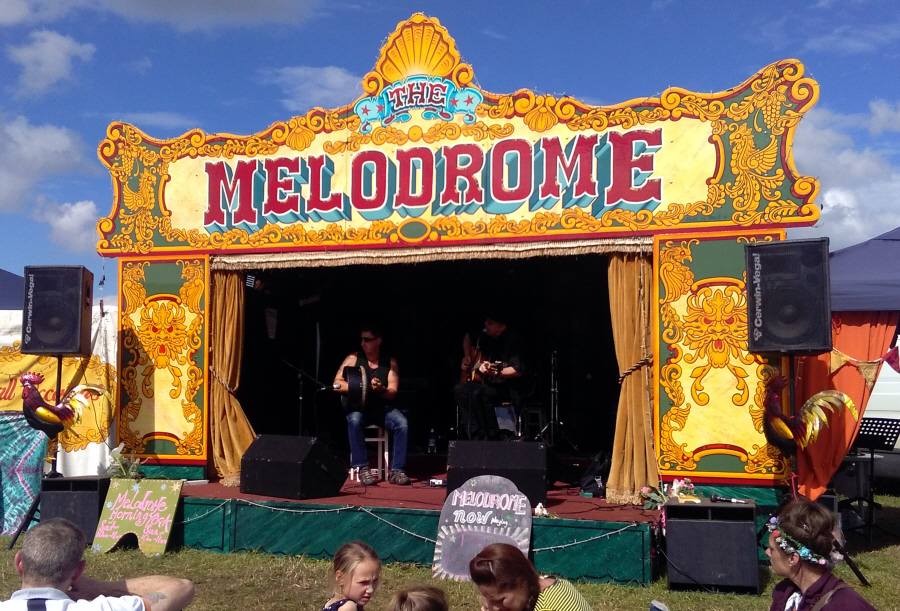 At Eden something clicked and I asked Frank Melodrome could I come and work at Solfest.

Then, months of doubt and tantrums until finally Friday 26th August arrives. The secret had been kept, very few people knew. The only fly in the ointment was that the lift to site from home kept getting put back I had a six pm start on the Melodrome and finally at twenty to, it arrives, only for Helen (for it is she) to say “hang on a minute, I’ve just got to nip to the Co Op”

Finally at ten to six she’s here “Quick get in, my alternators gone and I had to get a jump start”

We make good time down the road, me with a surreal headspace on wondering if this was actually happening. We reach The artists gate road end and Helen radio’s in “VIP who needs to be onsite can we clear the road please” and we sail in, surrealistic feeling now compounded, barrier down and slowly drive to the Melodrome where I get out and start work, it’s six o three.

From that moment all the baggage was gone. I was on the Solfest field talking bollocks to smiling people and introducing some fabulous music. Something in the Universe settled into place and all seemed right with the world. 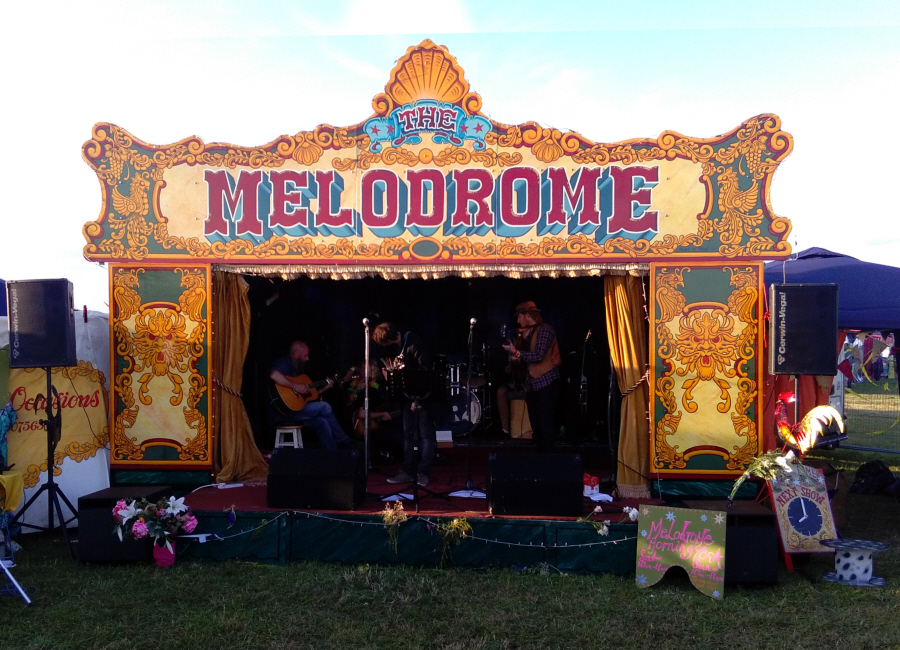 I had an absolute blast, was happier than I have been for a long long time and perhaps feel a little reborn. I even felt the Mojo rising inside me and was feeling that had long gone.

I won’t comment too much on Solfest itself, on the whole there was a really nice warm and friendly vibe. Some nice things, some wonderful things, good changes, bad changes, spot on successes and some obvious bits that need improvement.

I must make comment on The Drystone, the changes made have in my mind worked really well. I was afraid the bigger stage rig would look “wrong”, I needn’t have worried. I have to say it looked well smart and Bens solution for matching the tiny drystone wall to the stage was perfect and reflected his programming of the stage of The Drystones past and its future. It’s The Main Stage now after all and Ben took all of this in hand and came up with the goods.

The Drystone is in safe hands my friends.

What is worth more than anything is the experience of so many people coming up and saying how much they missed me and it was good to see me back. 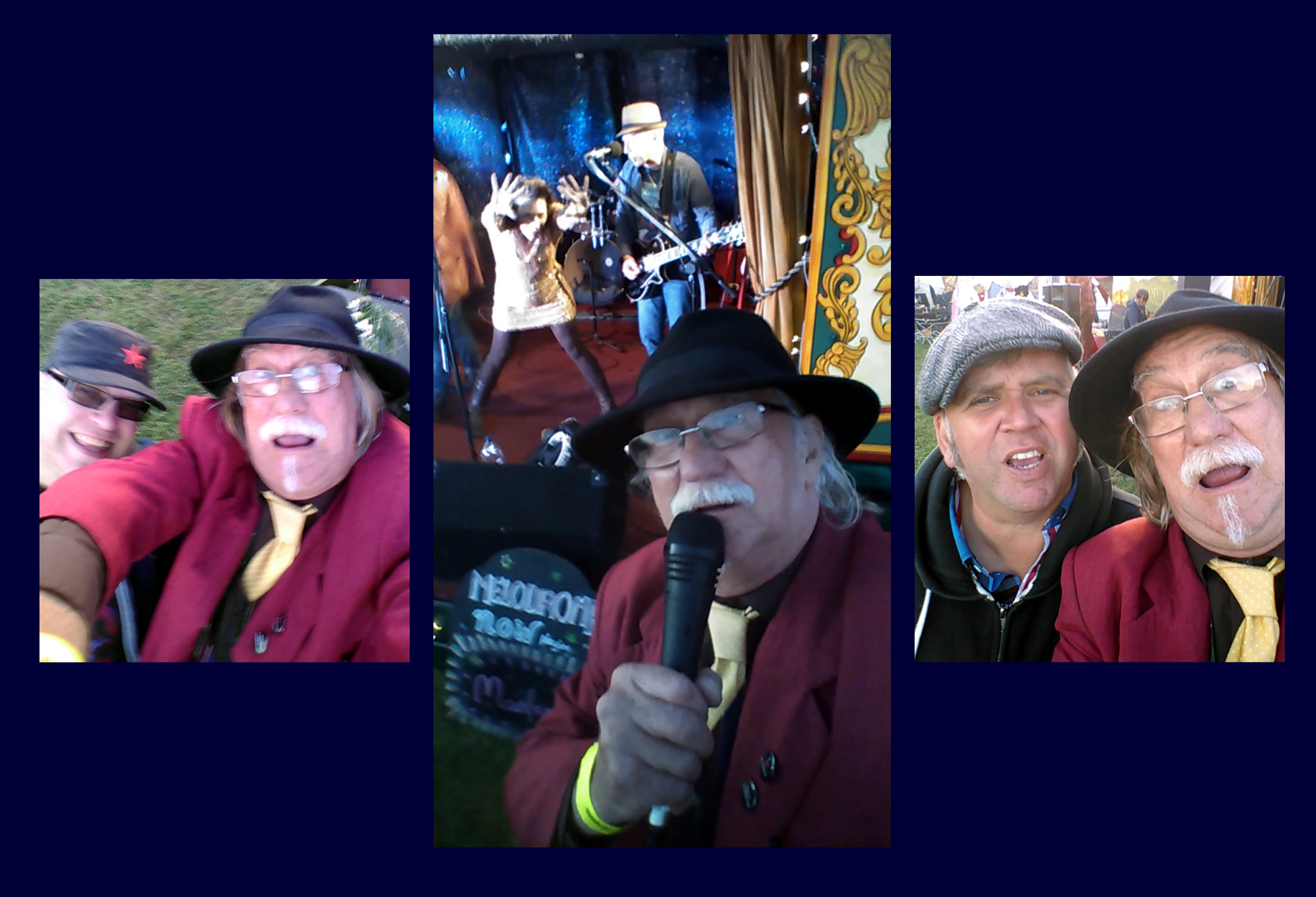 Working on The Melodrome is a delight. Everyone involved with it has a commitment and love for the stage, Chas Amblers dream made real. I’d originally been down for two shifts, but due to another compere unable to come I filled in on Saturday too. Not a hardship, Friday and Saturday nights and what fun it was. Sundays shift was something of an uphill climb, but still fun.

Thank you Melodrome crew for your hospitality, friendship, love and belief in me.