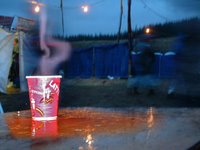 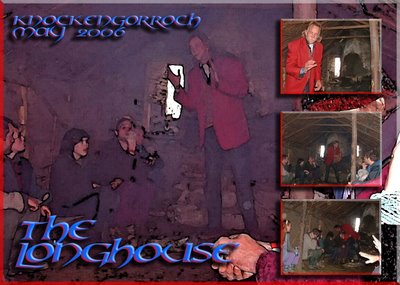 It seemed that every time I go anywhere, gig wise these days some disaster befalls Karen or I beforehand. So, Pre Knock we were in such an advanced state of preparedness and ready for anything and set for an early Friday start. This was set back slightly by picking up Tosh a little later than planned. Nevertheless, the man is such excellent company on journey and our time was still good.

So cheerful and ready for a fun weekend we crossed over the Cumberland gap, there even seemed to be sun shining in the not too distant Galloway Hills.

How little we were prepared for the long wait of doom that was the line of traffic stretching from the newly established ticket checkpoint. Arriving in it at nine o’clock and not seeing the inside of the festival until midnight, it seems to be an insurmountable problem for the festival organisers. Getting the punters on site and one that I can see no answer too and would not like the job if I had to do it. All made more annoying due to the fact that although I’ve been performing at Knock for nigh on seven or eight years (I think) I still never make it onto the guest list and it creates more work for the poor stewards on duty, it was a little frustrating this year. I very nearly become my evil alter ego Prima Donna Wizardmarra Diva. Big up and thanks to the gatekeepers for putting up with me, it could have been worse as I rolled up at the ticket office so did a band with the cry “We’re on in twenty minutes! Can we get in!”

Anyway, they did and so did we. Presaging an hours tramp to find Vicki and Andy who had brought our tent earlier and erected it, The Solfest Simon being drunk and of no use whatsoever in his attempts to direct us, bless him. Still that got sorted and we quickly made up time by getting as near to drunk as we could ourselves that night (which was come to think about it very drunk indeed.)

The day dawned and after sorting out my times in the Longhouse the festival for me began properly. I have to say that all my storytelling sessions that weekend were some of the most fun and best I have ever done. It is always down to the audience and the Knockengorroch audience are always so welcoming, up for it and loving. They spur me on to do great stuff and then The Longhouse itself is possibly the centre of my storytelling universe. It is I believe a place of REAL MAGIC; I can actually feel a tingling of energy from the floor that rises up like some great Kundalini serpent and inspires me. It’s redolent with the essence of the community of people who have lived on that land for centuries. There is no high like it.

The only other place I feel it is on The Drystone Stage at Solfest, but that’s my home turf and my creation. The Longhouse is magic and connects me with something else, something numinous and intangible. It is wonderful, and I can’t wait to be back in it in September. 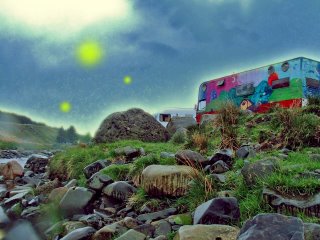 That said I have to confess on the Sunday my much-trumped version of The Odyssey was something of a disaster, or perhaps I am being too harsh on myself by saying that. It is a new tale after all and Knock was it’s first public outing. It always takes three or four tellings of a story to make it work and for me to “find” the bits that work and the bits that don’t. Come Solfest this one will be a cracker. “Fearnot” went down brilliantly, I discovered he had a Theremin in this telling and that’s going to stay in. Even “The Fish” had lots of new bits in it, It may sound ridiculous but when I tell a story it often is the case that I come up with stuff I’ve not heard before and It’s so much fun when that happens. They do have a life of their own after all. 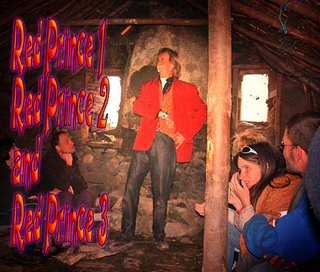 The dampness of all recent Knocks is something most of the hard core Knockers just don’t really notice. As it doesn’t really matter. It’s the music, the people and the spirit of the place. I was a little disappointed that I never got to see as much music as I would have liked to this time, both busy tale telling and resting. My style of storytelling is high energy after all. Of those, I did see Eliza Carthy, Bellowhead, and Kangaroo Moon all fantastic musically but due to the aforementioned dampness and chill. Didn’t really cut the mustard as all I wanted to do was dance and their tunes were not just danceable enough. Not by Knock standards anyway. Kangaroo Moon really needing a warm and dusky night for their sounds to transport you. Bellowhead I loved but nowhere near consistent tempo. Not enough fast tunes in quick succession to keep it going, and Eliza Carthy to be honest a bit of a disappointment.

However, it was still Knockengorroch and still the best little festival around.