I’ve just received an email from Dave Smith of NEM Productions with some sad news about the talented guitarist Johnny Dickinson. 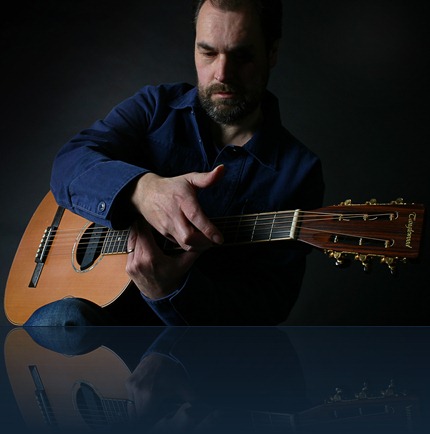 Here I have taken the liberty to reproduce part of that email.

“Hi All, I’m sending you this Email because you have had something to do with Johnny over the last few years. You may, or may not, be aware that last year, Johnny was diagnosed with a form of Blood cancer, and as a result, needed to have a course of Chemotherapy, which meant, of course, that his touring schedule was cancelled. He got through the treatment OK, and was set to start working again, but then went down with some kind of virus infection. After a course of antibiotics, he seemed to be on the mend, but then felt a tingling sensation through his legs, which spread
through the rest of his body, eventually leaving him paralysed. It turns out that he’s suffering from a very rare condition, which is brought about when the immune system becomes dysfunctional, attacks itself, and begins to destroy some part or multiple parts of the central nervous system….Guillain barre Syndrom.  Coupled with the Cancer, this condition is VERY serious, and the Doctors have said that he may be in intensive care for 12 months or so.

This came as a total shock to me, as I’m sure it does to you too, and I spent much time trying to think up ideas of how to help him and his family through this very trying time. Anyone who knows Johnny, will also know that he has 4 children to support, and that after so much time not working, things have become increasingly difficult for them.
The idea I came up with, was to ask fellow musicians to donate a song or tune, which I could use as part of a compilation download. The Musicians thought it was a good idea, and we have a resulting download album, with tracks from:

The album can be downloaded HERE.  The system works through PAYPAL and the price of the album is only £5.00, and I will be presenting Johnny with a get well message including everyone’s name on it who buys one!!”

Johnny was part of the line up on the Drystone Stage in it’s inaugural year at Solfest, as well as being amazingly talented he was modest and unassuming and I would encourage everyone who reads this to follow the above link and help in the small way that is asked.