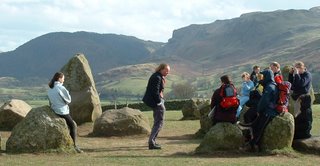 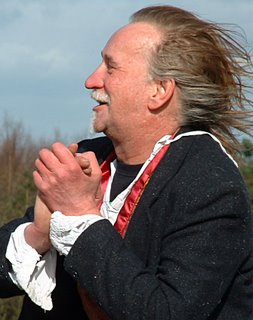 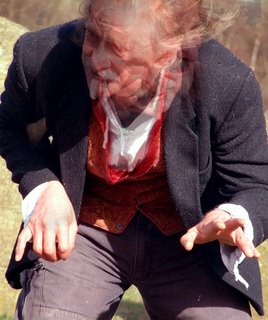 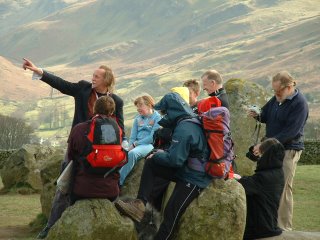 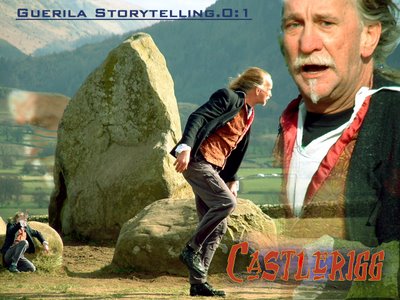 I’d done a couple of comparing gigs recently; for Spud at Whitehaven and of course for “WHY?Z UP” a gig I’d set up for Abbott “Unjustly taxed by the Sheriffs men!”

The thing was, though this was LOT OF FUN. I ended up frustrated. No matter how much time I have between bands, it’s never enough to properly tell a story, to set off a flow of nonsense and to really get in the zone. Which is why I do it anyway.

So I thought as I’ve a week or two free before my first gig at Knockengorrach, what if I just commit myself to it by announcing on the Solfest message board and a couple of others and just go somewhere and tell a story or two. So I did, and there I was at Castlerigg, albeit an hour or so late due to circumstances inevitably beyond control. But stories wouldn’t be good stories without some complication falling on the poor sap who is the hero. The tale of the delay is not for this telling. Tis Glum and sad.

On the way, there I noticed sign pointing the way to DOG SHOW and I commented to Karen on how it was clever how they managed to remember the songs and do the dances as well as wear the costumes.
That received a “WHAT!?”
I said nothing else, but I would think more later on the consequences of being bitten by one of these Showdogs…

…”Even a man who is pure in heart, and says his prayers by night.”

So, I arrived at the Castlerigg, with Adam to document this masterpiece of impromptu art on video, and Karen as always to take stills. It was both elating and scary to see good number of cars there and quite a few folk milling round the stones. What I was completely unprepared for was the wind…
…even if I could make my voice heard above the constant buffeting of unrestrained and unconfined Cumbrian wind. WHAT THE HELL! I’d come all the way here, if nothing else we’ll get some good pictures of me amongst the stones.

“So Yeah What if I just got up and started SHOUTING INTO THE WIND AT THESE LOVELY PEOPLE THAT I’M ACTUALLY A STORYTELLER AND NOT JUST A NUTTER, BUT IF YOU CAME ABIT CLOSERIWOULDNTAVTASHOUTSOMMUCH!”…
…and they did! A lovely bunch of about ten folk. Thoughtful types who had, perhaps thinking before they left their shelters, “I think we better wrap up tight in case we get ourselves trapped for half an hour or more at some beauty spot; Cumbria’s known for its wild theatre, sometimes you just see a field of resting actors but if you’re really unlucky the Song and Dance Werewolf will attack you!”

“And the Autumn moon is bright…
OK I know its spring and daytime, well nearly teatime so it’s nearly there and I have try to get some sort of literary pretentions heaved into this

A quick introduction and I was off, King Arthur and the Giants Riddle always a good one to do. Fun to be had in the Q & A though this time nothing to compare with the “BEES, BEES, BEES!” of last Solfest (If you weren’t there you missed it…(…How’s that for pointing out the obvious!)) and a good time was had by all even though the video camera got blown over. I was actually surprised at how bouncy and dry the ground was with surface consistency and spring that felt very much like the front of stage mosh pit area of the Radio 2 stage at Guilfest. Special international prize goes to the couple from Minnesota; overall prize to the ladies in red who I think thought, “…Well he seems harmless anyway!”