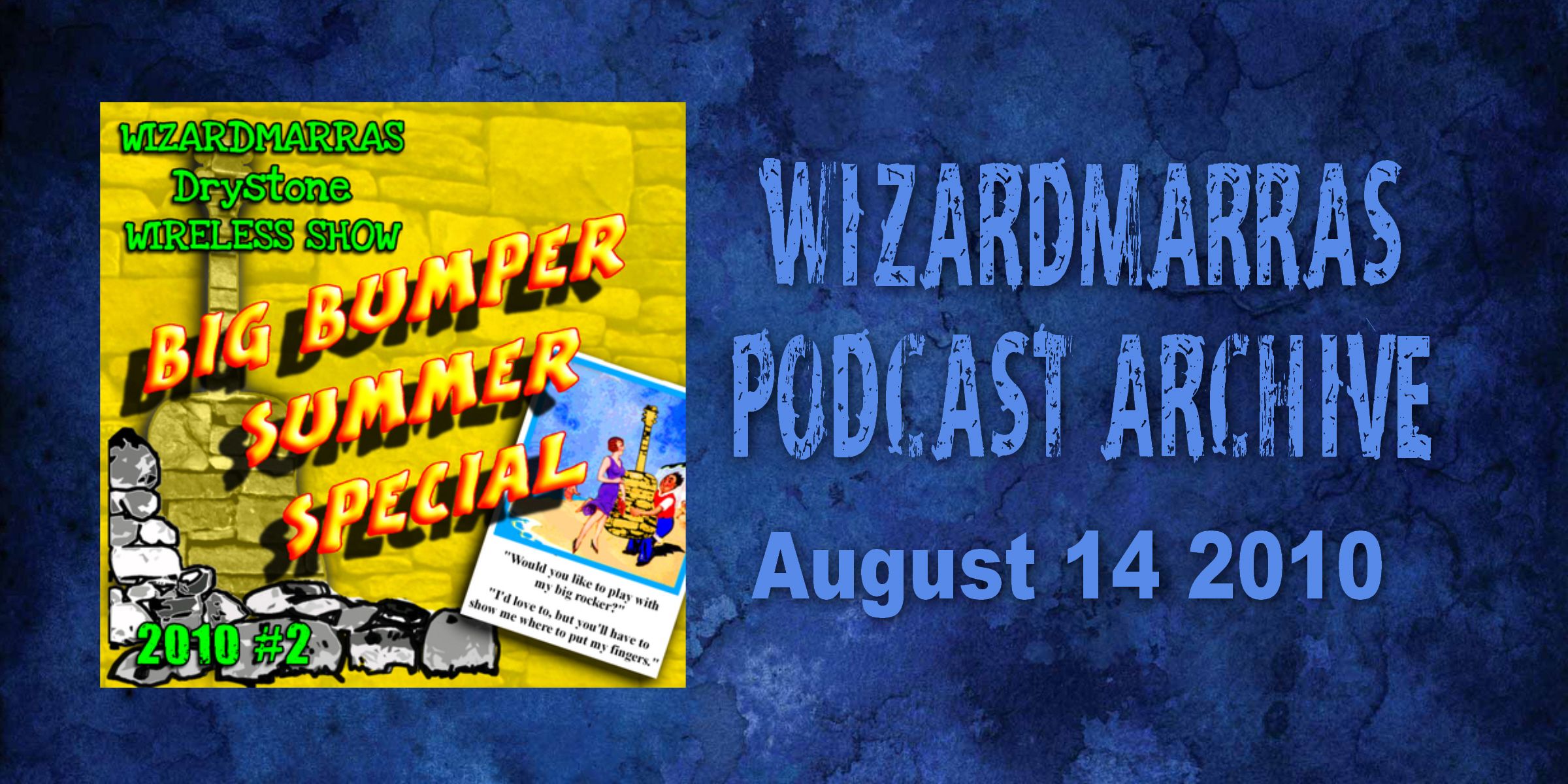 Well it’s that time of year again. So it’s time I wrote one of my accounts of how things are doing, who’s doing then and for a bit of spice, who’s doing it to whom.

It’s odd though as I feel I’m watching the festival develop from afar, taking a back seat on the scary rollercoaster this year and yet still doing all the stuff I usually do. Although I have to say that I’m getting lot of help

You see the old fart isn’t well and I’m having a shitty time due to a nasty infection in my nethers. After countless anti-biotics and an ultra sound scan. I still don’t know what’s wrong and after Solfest I have further tests including one in a machine that goes “BING!” and another where a camera is going where the sun don’t shine (and I’m not talking “backdoor” either) DVD not available on You Tube.

So I’m having to take it easy and the huge thanks going to Laurence, Jo, Dean, JT, Kat and everybody who are helping me along the way. Most of all my wonderful wife, Lady Marra herself. Karen. 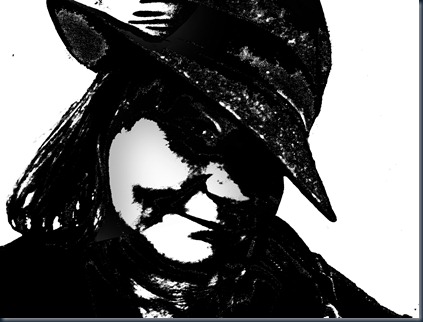 I am still doing my bit getting the contracts sorted out and so on, drudgery stuff that has to be done. But perhaps this is the karma  that comes with all the happy hours listening to all the free CDs.

But sadly I’ll be as visible at Solfest this year and I’ll not be storytelling on the Saturday as usual. Dr Theatre is amazing and can sometimes cure you completely and make you healthier fitter and brighter than before. Sometimes it’s a permanent cure, more often it’s setting your body up for a hell of a kick as the illness or infinity smacks back into your system with the finesse of an Intercity 125 driven by a berserker on coke and coffee.

This is one of those times where I know I can’t do that to myself.

I’m hoping to do a little bit of comparing and I really want to do one or two songs with THE DISH OF CHEESE but that might not happen. 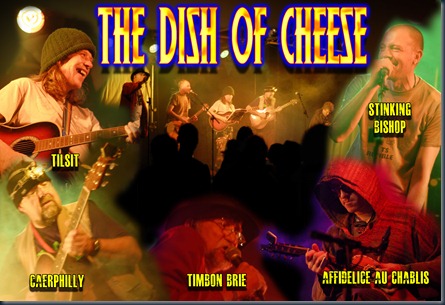 There is much to be exited about though, along with some acts coming back who’ve just got that little bit better and stronger over the year/s. There are some amazing people making their debut.

but it’s late and I need to get my head down, though sleeps never brilliant at the moment.

Which along with my usual aimless ramblings from life at Solfest central (although I’m not really up to speed with what’s happening and I can’t comment really on what’s been decided in committee) there will be all the attendant hoo-hah, links and news of my latest podcast which is up now and has some magnificent tracks there by artists who’ll be on the Drystone this year to hopefully get you in the mood as well as a couple tracks by a mainstage act that I really like and I feel deserve to be heard.

Before all that I must tell you about FESTIVAL HARVEST a rather cracking double CD your purchase at various places, hopefully the new merchandising CD sales tent adjacent to the Drystone will have a copy or two. Incidentally I’m hoping we can set up one or two “meet and greets” there. But back to the point I was making, this special CD.

This year Solfest has been proud to have been working with the “A Greener Festival” organisation and if you need me to explain what it does I’ll say “It’s on the bloody tin.” because the name says it all. But this fine body of men and women has brought out a double CD in collaboration with UK festivals including Glastonbury, Isle Of Wight, T in The Park, Kendal Calling, and Solfest and it features 28 (count em) tracks by the best of emerging talent working the circuit. Among the recommendations I made for inclusion on the CD (and there is at least four others from that list appearing on the Drystone this year) was Drystone favourites MR & MRS and their track “Cut All Strings” is track 2 on CD 1. Though they have changed their name to CHANGING HORSES it’s still the Ric and Bev that we know and love.

It’s also rather cool to have my name in the thanks and acknowledgments along with Emily Eavis and a whole charabanc full of names of the great and good of the festival industry. click the underlined link above to find out more and where you can get this very worthy CD that (never mind the cause) it hasn’t got a bad track on it.

This lady is on the Drystone!

As a special treat though to get you all excited and ready for Solfest and because she’s damn good and gorgeous here is a vid of EMMA GILLESPIE performing live at one of the DRYSTONE SESSIONS at THE SPINNERS ARMS, Cummersdale, Carlisle.

THE DRYSTONE SESSIONS are on the first Saturday in every month and has a featured artist in for the full night with occasionally a support. WIZARDMARRAS SATURDAY NIGHT AT THE SPINNERS now happens on the second Saturday in the month.

August will see BILLY JOHNSON & ANDY CARTWRIGHT, having there own showcase and in future months we’ll have THE WEIRDSTRING BAND, RORY CONNOR and a return set from the splendid RIGHTEOUS BEES.

Track Listing, click the names to get to the relevant websites.

TASTEBUDS – HOLD THE CANDLE CLOSER (WHILE I SHAVE THE CHICKENS LIPS)

THIS FRONTIER NEEDS HEROES – PARDON ME

TASTEBUDS – WHEN I THINK OF YOU

The Big Beowulf drum is something made for the recording I’m making of that tale, perhaps I’ll get it finished one day.

The Peatbogs track comes from their brand new live CD which captures all the energy and excitement of the festival sessions. Folk Police is just about my favourite ever tune by them and I can’t wait to see them on The Drystone.

Arcomnia are another band who be good to see up there and they will get everybody dancing and a twirling in a tantric stylee.

Tastebuds are actually on the mainstage but I like them an awful lot and they do need to be heard as their sound is a lovely mix of retro sixties and bang up to date. Of the two tracks, both of which I love (and it was a hard choice to pick exactly what of a quality CD chock full of goodness) I have to give special mention to “When I Think Of You” and the exquisite guitar playing of Richard Fingers (yes that what it says on cover) who picks a tune as well as Peter Green did back in the day.

Jaca has come a long way in four years, at which time she was a reporter with the local paper standing in front of the Drystone and desperately wanting to be onstage. Since then she has completed a music degree and performed at the prestigious South By South West Festival in Nashville.

My track Pandemonium Masquerade is can be found elsewhere on the net but  I just fancied putting it out here.

Pure and blissfully good new Americana from This Frontier Needs Heroes. Who will be the first act from over the big pond to play on the Drystone. This brother and sister duo make such a good sound together (which, bottom line is all that’s required) telling storysongs that take you on a rich journey through a landscape of Hopper (both Edward and Dennis), Kerouac and Henri David Thoreau.

O’Hooley and Tidow are on their way to becoming “well respected and credible folk performers” in the same way that The Unthanks (who Belinda used to play with) are now lauded. Which I reckon to be a very good thing, there music carries along with it a continuity of tradition but declares very nicely you don’t need a Fair Isle sweater, one finger in your ear and the other up your arse to be part of the new and living tradition.

Jonny & Lucy their music is just growing and growing on me, I loved it to begin with but it just gets better with every listen. Hares On The Mountain is just so beautiful. a perfect example of  how good something can sound when pared down to it’s simplest form. Gently sung by the pair it almost makes me weep it is so lovely. The last sentence of the previous paragraph applies here too.

Now and again an act comes along that just blows you away completely and that’s what happened with Sean Taylor. His CD Calcutta Grove came through the door and has been played more or less daily since then. Superlatives become obsolete when talking about Sean, you just need to listen to the music. From his fine compositions which are beautiful, exciting and emotional to covers of things like Gil Scott Herons “Freedom” which is tour de force by itself.

Hailing from the better part of South Cumbria (that which used to be Westmorland) The Indian Postal Service deliver (see what I did there) and what a rich sound it is, screaming guitars have never sounded better.

Finally Orchestre DC Dansette from the Lancaster area and featuring on trumpet, flugelhorn and accordion Pete Moser who was at Solfest a couple of years back as “The Fastest One Man Band In The World!” which he was and still is and sounding rather excellent surrounded by lots of other  musicians.

Lastly another one of mine which I could;t think of a title for so I called it Song and put another “o” in it. One for listening with headphones while stoned.

and that’s the podcast sorted.