The French have a word for it in fact, damn the expense “Au diable les dépenses” they have six, “Plus ça change, Plus c’est pareil” translated (and we’ll noy be outdone by the French for the price of a word or two) it means “The more things change, the more they stay the same.”

Take Radio 2, we’ve just got rid of Parkinson on Sundays when “avant de le savoir” before you know it, Wogan’s got the show. It makes me long for the days when we had DLT so I don’t know what that says about me, something quite sad I think. But was snooker on the radio such a bad thing.

“You potted a red and nominated blue so here is your blue ball question, What is the chemical name for Stilton?“

I have to say I’d much rather it was Johnnie Walker, though I have been enjoying Uber Luvvie Michael Ball of late.

All this is a preamble for drawing your attention to my new refurbished website which although it’s still undergoing construction has changed somewhat becoming a little bit slicker and looking a bit fancier. Partly because it’s good to just clean things up and out with the old in with the new “Avec l’ancienne à la nouvelle.” And partly because it just wasn’t doing all I wanted it to, so as time goes by it should be a brilliant all singing and dancing site that is also a portal to the world of all things Wizardmarra. Such as this blog, my podcast, of course the Drystone Stage and everything else.
Though it’ll still be a bit the same.

So will the Drystone Stage at Solfest 2010 or SOLFEST MMX as we are saying on the Solfest Mothership.

The Drystone will once more have an unrivalled plethora “incomparable pléthore” of music performed by rising stars and troubadours of the established scene. But they will in the main be newcomers to Solfest although one or two of The Drystyans ever expanding family of artists will be back…
…and on that note let’s have a look at the first release of acts for

First off a returnee to play the gig that I gave them directly after the storming set they played last year.

That Sunday afternoon slot seems to be breeding quality, DIDDLEY SQUAT the year before became the sensation of the year, and did you know that last year DIDDLEY SQUATS set along with THE WIERDSTRING BANDS SOLFEST CEILIDH were both individually nominated for THE CRITICS CHOICE AWARD in the UK FESTIVAL AWARDS.

This award is designed to celebrate those special acts who added something a little extra to their festival show. It could be comedy, nostalgia, crowd interaction or just that ‘secret ingredient’ – basically something that sets them apart from other performers as a real crowd pleaser.
And the winner is

“Who?…”
There’s a time when I really wished I’d had a working PC. I don’t think it was pushed as much as it should have been.

Anyway back on track to the incomparable PIKEY BEATZ and their set last year. They had of course brought a large contingency of their loyal fans to the festival, which is an important thing to note “These guys sell tickets!” bums on seats or as it actually was, feet on wet ground rapidly becoming muddy as the drizzle inexorably turned to rain but what happy punters danced before such a stage of stars.
For such a young act they presented such command of a stage as I have rarely seen in some older and more seasoned acts the combined latent star quality in both Wilfy and MC Boo Blistah is something to see. But you could also just enjoy seeing the HUGE GRIN on Niggles face. Though most folk were dancing and having the time of their lives.
So they’ll be back for a later slot.

JONNY KEARNEY AND LUCY FARRELL toured as support for THE UNTHANKS last year which led RACHEL UNTHANK to say of them…
“Their song writing is heartbreaking and touching, humorous and unexpected, and never ceases to enthral. Jonny and Lucy are perfect foils for each other. The fragility of one and warmth of the other is a moving combination.”
They’ll be having a major CD launch (I’ve got a copy of the preview CD and its blissful music.) around the time of Solfest so we may have our name dropped in the media a time or two.

This is what they say about them back home in the States.

“SPINEARTH was there and caught up with Brad and Jess Lauretti of This Frontier Needs Heroes , to get a sense of the brother-and-sister band who have received much acclaim for their folk-styled, Americana sound. A bit cynical of the times, but fairly hopeful in the consciousness and sensibilities of a new generation—the band’s name says it all.”
SPIN EARTH

“This is an excellent brother-sister duo (I think) from Brooklyn. They keep it simple for the most part, with light harmonies and instrumentation – Brad’s vocals compare very favorable to a mixture of mostly Fleet Foxes with a hint of Damien Jurado thrown in for flavour. Now even though most arrangements are simple, they do manage to work in very appropriate little flourishes of sound – in the end you get ten songs that can really dig down deep. RR 2/29/09”
WTUL NEW ORLEANS

“With harmonies so tight they sound like they come from a single larynx, the act crafts a shuffling, aching Americana that taps deep into the whole back-porch vibe that folk music ought to exude—but not without a tinge of The Band and Will Oldham to help modernize it.”
DECIDER.COM 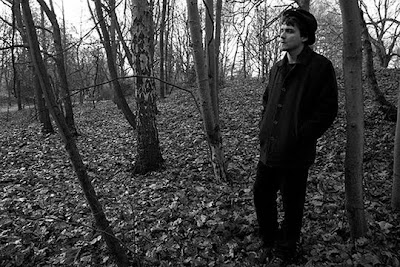 I’m listening to Sean right now. His brilliant CD “Calcutta Grove” singing the blues and as they say “Telling it like it is.” Or as the The Indonesians say, “Mengatakan itu seperti itu.” But that sounds like the title of an album of Buddhist Chants and distracts from Seans work.

To put him down as simply a bluesman takes too much away from this extremely gifted musician a multi instrumentalist and songwriter who has been compared to JOHN MARTYN, TOM WAITS, and indeed BOB DYLAN. Yes you can see how his work is influenced by them but he’s no cheap imitator. Like the good Doctor Frank N Furter says…
…I am trembling with anticipation.”
I have turn volume up right now as SEANS version of RITCHIE HAVENS “Freedom” has just come on…
,,,GOD IT’S GOOD!!!

BELINDA O’HOOLEY is best known as the former songwriter and pianist with RACHEAL UNTHANK AND THE WINTERSET on leaving the band it led the TELEGRAPH to say “… (it’s) like Brian Eno leaving Roxy Music…” Then teaming up with Yorkshire songwriter HEIDI TIDOW brings us a duo whose stage manner has been likened to a meeting of JO BRAND & LAUREL AND HARDY. Their songs are their own wry mixtures of their unconventional take on life, it sounds beautiful as well. Result!

Dan was with us a couple of years back playing with CHRISTI ANDROPOLIS and performing sterling work as part of the band. It’s mark of a musician’s quality and commitment when you note how many bands they are in. It regards how much in demand as a artist and speaks testament to their skill being wanted to enhance the sound of a band. Commitment shown by the number of bands the musician actually works with regularly. As well as CHRISTI ANDROPOLIS, DAN also plays with MOTHERS RUIN, HUNDRED MAN ORCHESTRA. LAND OR SEA, KATHRYN DAVIDSON and WILL POUND. If you need any further comment from me Dan takes the Banjo into another place and makes all the Banjo jokes obsolete, he actually makes it a bit cool.
The final worD on DAN WALSH comes from HAYSEED DIXIES DON WAYNE RENO who pronounced that DAN was “the best banjo player I’ve seen in Britain.”

He we have returning from a few years back MARK GWYNNE-JONES and PSYCHICBREAD. One of my great regrets of that year (I think offhand that it was 2006) with as I’ve mentioned earlier in these writings that with comparing acts on Mainstage I missed a lot of the stuff that I booked because I loved what they did. That’s why I book them, because they make music that I would be well pleased to hear elsewhere if I’d bought a ticket. I’ve got eclectic tastes so I can make a big enough mix. I know I won’t hit the bull’s-eye with everyone on occasion but that’s the way apple tastes in the Popes coffee when the bears eat cookies in the wood! Or “det er slik eple smaker i Popes kaffe når bjørnene spise informasjonskapsler i skogen! “ As they say in Norway.

What I started out to say was my regret at missing Marks set, I write a bit of poetry, (I used write a lot, being fortunate enough to get about forty published and earning me the astounding wealth of five of your English pounds.) Mark really knows how to do it and uses the spoken voice in a way that’s a kind of non singing that emphasises the music in the words themselves so the words are the singers of the song.

DEBBS who plays with PSYCHICBREAD also plays with THE CACTUS ROOM the brainchild of TEDS CHAPMAN, the discoverer of “diddley reggae”. He’s been about Solfest for the past two festivals playing his saxophone. Now you get the full band, believe me it’s good.

Two Solfests ago he attended his first festival; he went home and wrote a song about it. The following year he stood on the Drystone Stage and sang it to great acclaim and showed that there was latent talent blossoming before your eyes. He’s back for his third Solfest and a well deserved second appearance on the Drystone.

Occasionally a CD will come through the door, hand produced on PC with scrawled names and titles in marker pen.

I often dread these, but no more of that.

Some are the very best things you can get through the post; SID WRIGHTS was one of these, another young singer songwriter starting out who doesn’t quite yet see what they have within them. It’s damn good though mark my words.

WILL TAYLOR & THE DISH OF CHEESE

I’ll apologise right now for this farrago of an entertainment. WILL TAYLOR a man who writes songs featuring the worst obscenities that live on Solfest FM broadcasting to half the county said that word on open microphone, twice!
They are though some of the funniest things you will ever hear though and it is a great delight to get onstage with him alongside THE ONE AND ONLY MIGHTY TREE, PHIL DANCE and ELTON RITCHIE to hold forth was joyous madness and yes adult content. 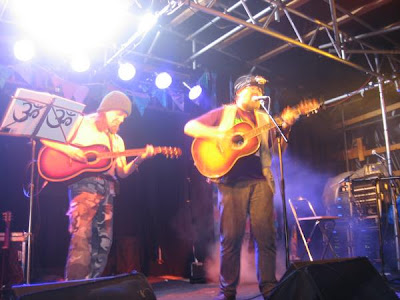 The end of Solfest is the end of a party and we are the singing drunks, though I have to say there was a sea of happy faces standing before us every one of them drunker than us.
As the Welsh say, “Mewn byd meddw, y dyn yn squiffy King” 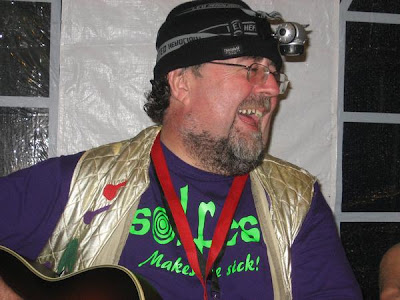 “In a drunken world, the squiffy man is King.”