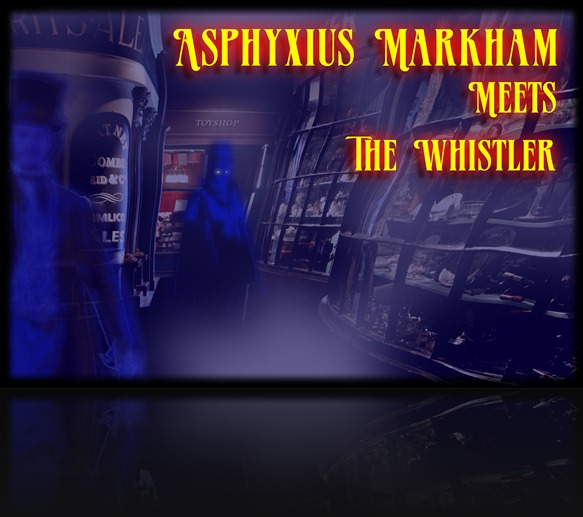 Outside it was dark, dark as a Thrumbling nail on the back of a Billymans helmet. Even looking through the mullioned window at the stygian depths beyond into the streets of Old London, there was a sense that something was lurking. Skulking about on some filthy scheme to wreak havoc on the popuponcery and dulgions of this world, too ready they to fall for some fesskookled pranjing jib jab or follymore hell bent on some vile besom felching episode.

Taking my trusty pistol and beseervering stick I set forth to ascertain who or what was the cause of this unease. My first port of call was of course that centre of all news common, underhand, and underworld The Scullocked Priest. The tavern run by Scraffacious Grissum, server of the finest ale and the second worst pies ever to be served on trencher or plate. (The first worst pies ever made and indeed the worst in the entire universe are those baked by Tampon Gaffoon and served in the Stand-up Chameleon Inn at Nexus).

My luck was in, for not only was news to be had of the foulness, but moreover he was standing there warming  his buttock parts by the fire. A mark of his evilness being that on occasion he would turn to warm his hands at the flames and thus pointing his newly heated backside to those taking pleasant refreshment and loudly blast forth a evidulterous gombrage of fartlegas that many swooned at it’s invulditude. Their nasal passages singed and dripping with noxious slime.

“Aha! Markham!” he cried as he spotted me. “It has been too long since last crossed swords.”

“Jabez Malfeanne. I might have guessed “What’s it be today, Jilly Shrimping or Weasel Dumping perhaps or do you mangulate on a grander scheme. The world still rocks from your meddling, none has forgotten “The Case Of The Missing County” where did you put it by the way.

“I’ll not say, it’s only piddling little patch anyway. Let them find it themselves.”

“Cambridgeshire is not a piddling little patch, The Bishop Of Ely is bereft.”

“You’ll just have to wait and see, I came here today to give you a taste of my new skill to prove that in many things I am your better Markham. Today my good man I shall make your ears bleed for I have learnt the ancient skill of Kali-Ma Whistling. The deadly art of the Callipo people of Chunderar.”

At that he pursed his lips and began to ululate a sound that was dreadful to all who heard it but not for its affliction of pain, more so because of its tunelessness. This arch druid of crime this black wizard made such a sound as might be tootered by a gentleman as he takes his ease at the white tiles of a Riddle House and whistles so to assert manhood and show outward confidence that he is not a Skifferty boy or part raiser. So betaken was Jabez Malfeanne in this miscatory melody that I half expected him to shake and tremble with a manshiver as sometimes happens when relieving oneself. I knew at that point that here was my chance.

Stopping whistling he glanced down and I left expertly whistling “The Marsellease”,

One thought on “Asphyxius Markham Meets The Whistler”